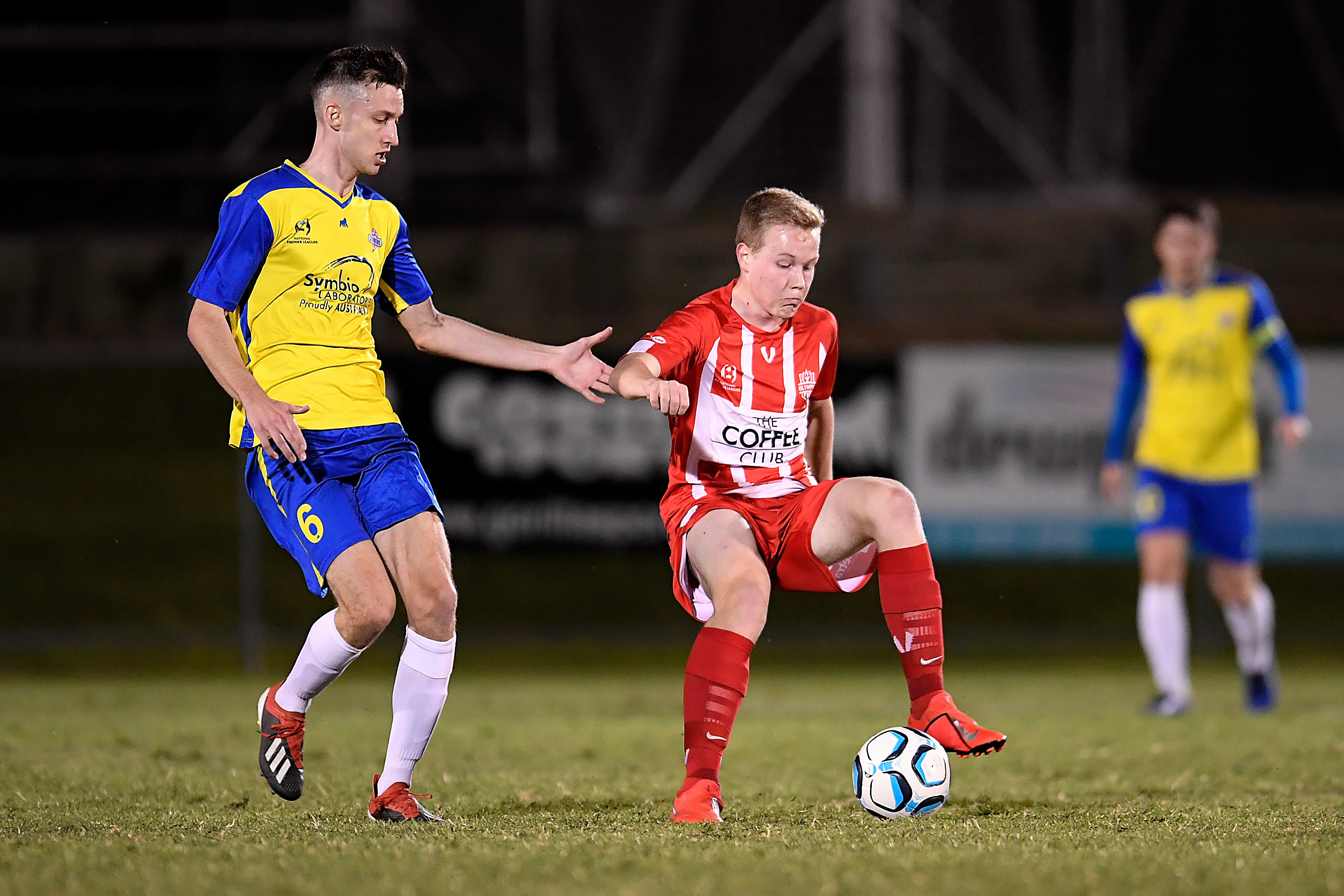 BRISBANE, AUSTRALIA - AUGUST 17: during the NPL Queensland Senior Mens Round 28 match between Brisbane Strikers and Olympic FC at Perry Park on August 17, 2019 in Brisbane, Australia. (Photo by Patrick Kearney)

A youthful Olympic FC side travelled to Perry Park to face Brisbane Strikers in round 28 of the National Premier Leagues (NPL) Queensland on Saturday.

With the bulk of Olympic’s regular starting squad rested ahead of Wednesday’s FFA Cup clash against Adelaide United, numerous youth team players were given a starting opportunity by Head Coach Ben Cahn.

Chief among these were U18s players Jayden Dee (17 years old) and Prasiddha Paudyal (16 years old) – both given a start in their first team NPL debuts.

Starts for Charlie Slaney, Noah Humphreys, Angus Huang, a starting debut for Dayan Baker, and a bench appearance for Theo Kambanis rounded out the youth team players present for Olympic. 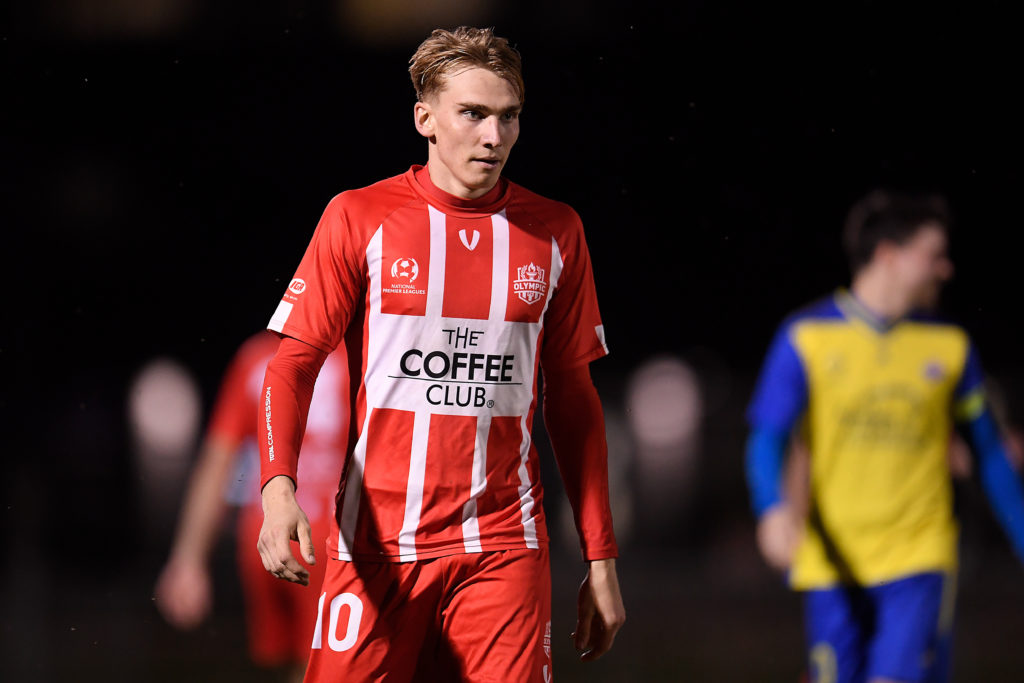 It was a cagey start to Saturday’s match – neither side creating much for the majority of the first half.

Consecutive breakthroughs falling to Andy Pengelly late in the half gave Strikers the lead heading into the break.

This was compounded in the 58th minute with a strike from former Olympic player Jake McLean.

Despite his side trailing, debutant Dee stole the show in the 74th minute with a wonder-strike from outside the box which looped over Strikers goalkeeper Bon Scott.

The scoring was rounded out late by Strikers’ Josh Matcham. 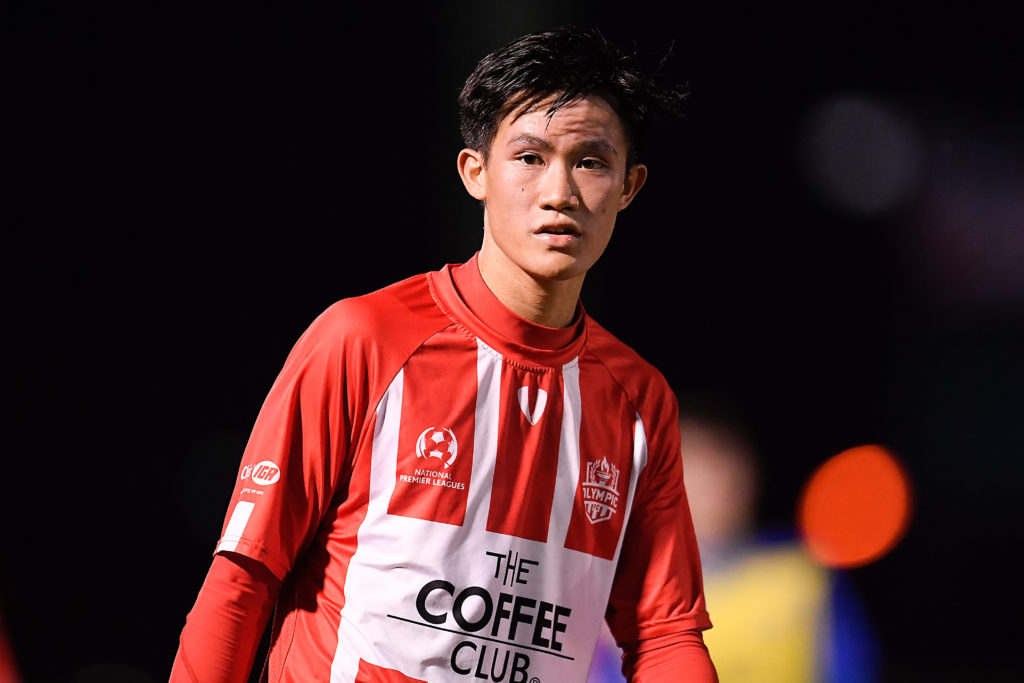 Olympic’s Ben Cahn was full of praise post-match for the efforts shown by his young squad.

“It was a great opportunity for us – having already qualified for finals – to give a chance to some younger players,” he said.

“It’s an important part of the NPL process, and it was great to see them out there competing for long periods away at a big club that’s full of confidence at the moment.

“They worked incredibly hard, had some really positive moments, and would have learned a lot. Jayden [Dee] even grabbed himself a goal.” 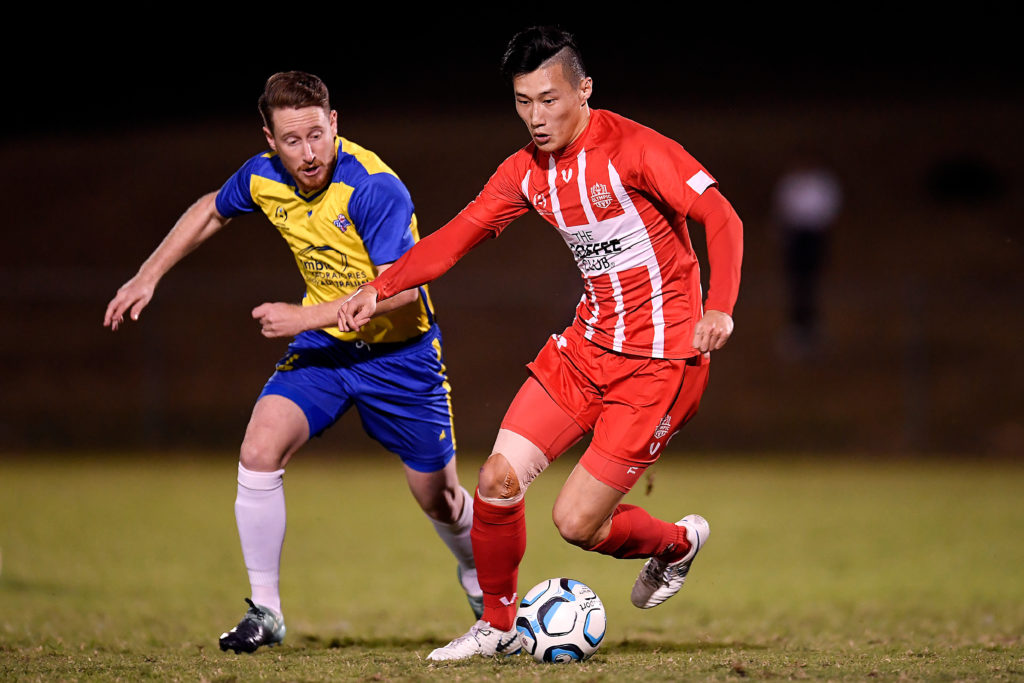 “We were able to rest most of the team that will start against Adelaide. We felt a few of them would benefit from the freshen up and we’ve ensured we have a nearly full squad to select from on Wednesday,” he said.

“So, given the objectives, I’m really happy with the outcome.

“Whilst it always hurts not to win, we now go into the Adelaide game with everybody fit, fresh, and rested.

“We’ve also been able to have a really good look at some of the youth team boys, as well as giving two U18s players 90 minutes of first team football.”

Olympic’s next outing is on Wednesday, again at Perry Park, against A-League club Adelaide United in the FFA Cup Round of 16.