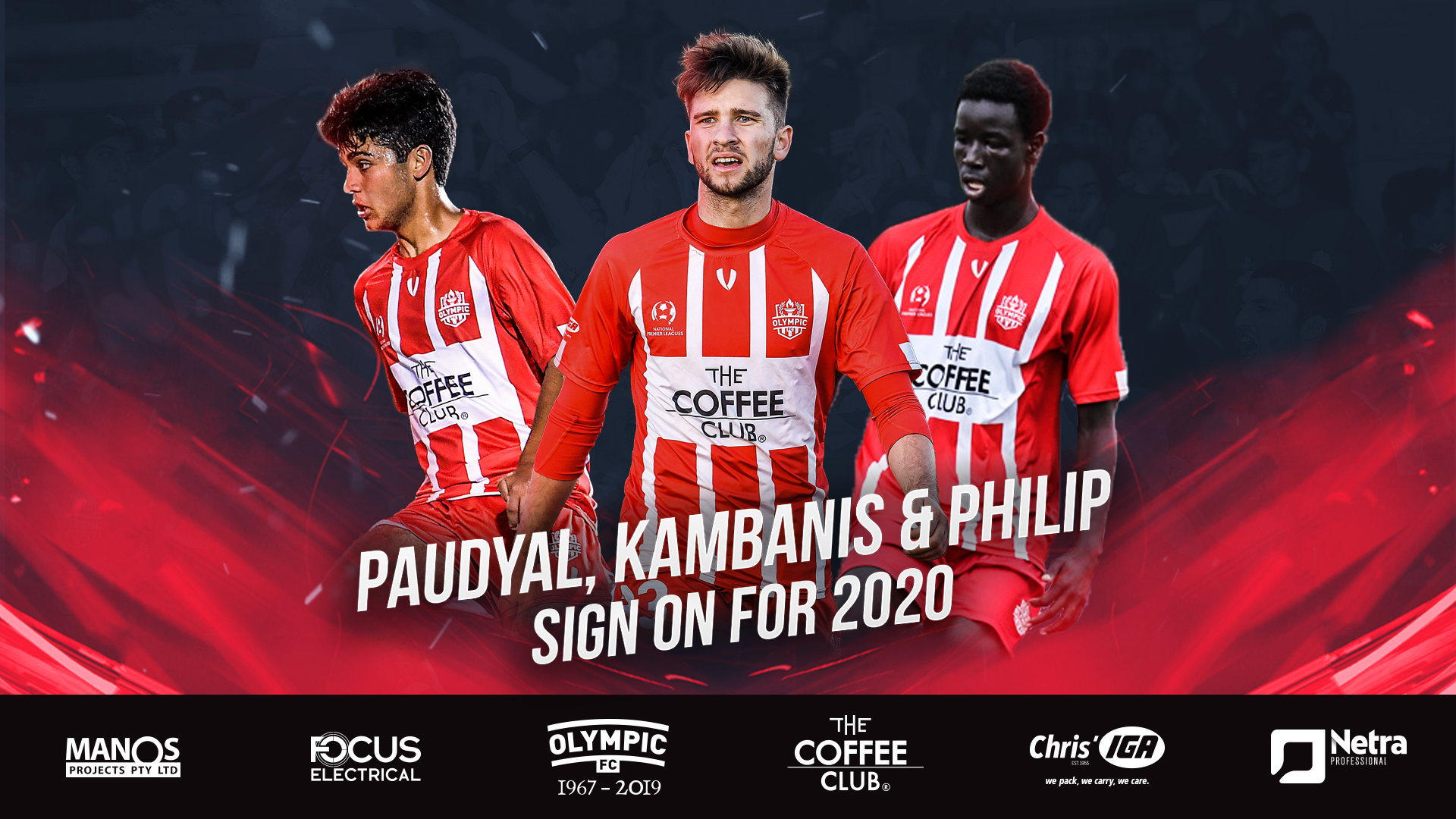 A trio of Olympic youngsters have been rewarded for their strong showings in the Club’s youth system, signing first team contracts for the 2020 NPL Queensland campaign.

Midfielder Prasiddha Paudyal, along with defenders Theo Kambanis and Janao Philip have been promoted to first team contracts for the 2020 season.

Kambanis, who has been at Olympic since he was six years old has made two first team appearances for the Club, playing in the final match of the 2019 regular season away to Gold Coast Knights after debuting in 2017.

The 20-year-old defender, who is also able to operate in midfield said he was delighted to sign a first team deal at Goodwin Park.

“I’m stoked to sign a first team contract, i’ve grown up playing and supporting Olympic so i’ll be working as hard as i can to get the chance to play in front of our supporters” Kambanis said.

“I’m looking forward to working with and learning off the more experienced players around me, i’m aiming to get as much game time as possible in 2020.”

Nepalese-born Paudyal, who turned 17 on Wednesday made his first team debut away to Brisbane Strikers at the back end of the 2019 NPL Queensland campaign before earning a second start against Gold Coast Knights in the final match of the regular season.

The pint-sized midfield is joined by fellow 17-year-old Janao Philip who signs a first team contract after impressing in the U20’s in 2019, the powerful defender, who was born in Uganda has spent two seasons at Olympic after joining the Club’s U16 side at the beginning of the 2018 campaign.

The signing of the trio of youngsters takes to the total of players aged 20 or under in Olympic’s squad for the 2020 NPL Queensland season to nine.