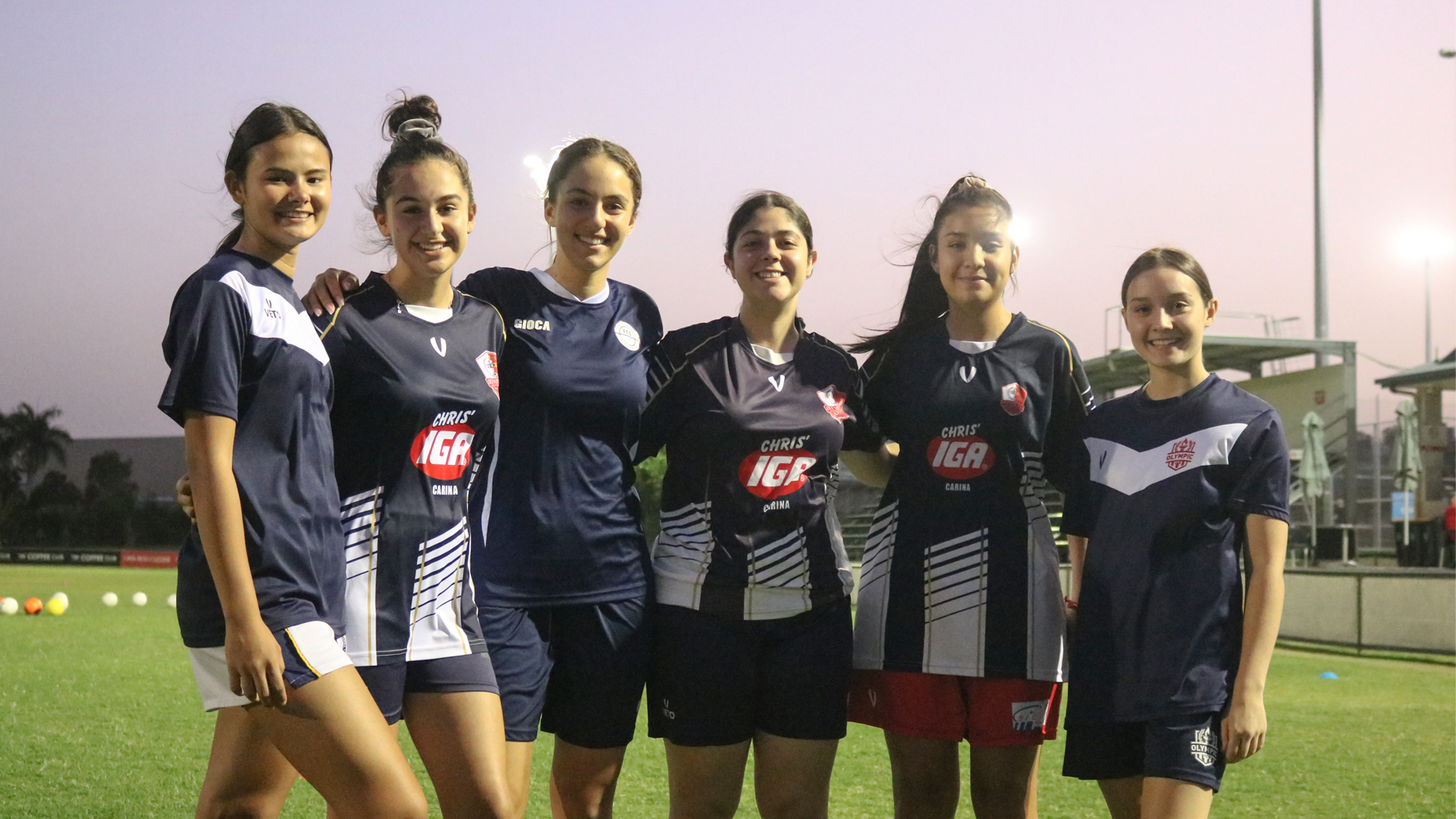 The future looks bright for Olympic’s Women’s Capital League One side with six up and coming stars from last year’s U16 girls side being promoted to the squad for the 2020 campaign.

Ally Rendall, Anastasia Baveas, Lily Nicoloau, Sofia Karalouka, Ashanti Cuminao-Diaz and Ellie Zervos will all make the step up to the Capital League One squad for the upcoming season.

In 2019 Olympic’s U16 Division One girls secured finals football with a fourth placed finish under current Capital League One Reserves Coach Argenis (Alex) Guevara and were awarded the Nick Drakos Shield as the club’s most improved junior side.

Olympic FC Women’s Capital League One Head Coach Martin Dowson said he is expecting big things from the Club’s crop of up and coming stars.

“It’s hugely important to us that our U16’s have a pathway to senior football and I’m delighted to see the majority of last years 16’s sign on for 2020.”

“I’m looking forward to helping them learn and grow and I can see already their improvements just training with the NPL players we have here.

“It’s an exciting time for Olympic Women, keep an eye out for these girls this season, they will be pushing and challenging for Women’s Capital starting positions from the word go,” Dowson said.

Olympic will take on fellow Women’s Capital League One outfit Toowong in their first pre-season hit out ahead of the 2020 campaign on Saturday afternoon.