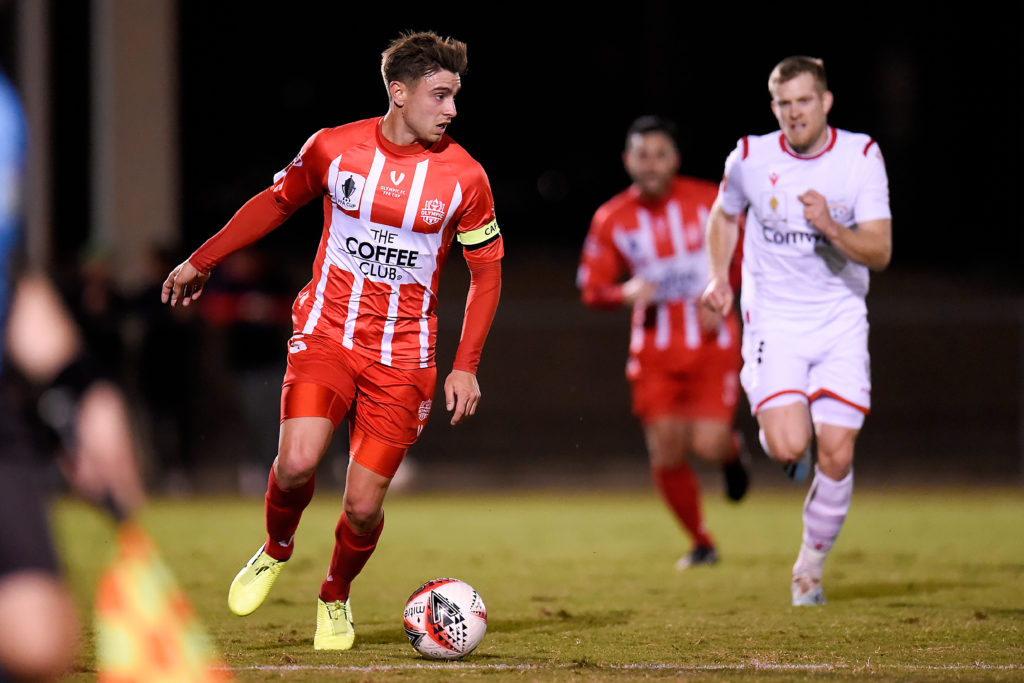 Olympic Football Club are excited to announce Club Captain Steve Whyte has signed on for the 2020 NPL Queensland season.

Despite a receiving a host of interest from a number of opposition Clubs the Olympic skipper has opted to sign on for a third season in red and white.

The 23-year-old, who made 59 appearances for Olympic over the past two campaigns, scoring 13 goals in the process said he was delighted remain at Goodwin Park for the year ahead.

“I’m extremely happy to here for another year, I had the opportunity to go elsewhere but I went with my heart,” Whyte said.

“I love the people here from the staff, to the coaches, to the fans, that made my choice pretty easy.”

The former Central Coast Mariners & Seattle Sounders midfielder added he was fully focused on winning silverware with Olympic in 2020.

“The ambition for myself and the Club is to keep pushing to be the best we can be,” Whyte said.

“We’ve had two great FFA Cup runs and made the Grand Final both years but unfortunately didn’t come away with any silverware.”

“That just makes us hungrier to build and come away on top in 2020.”