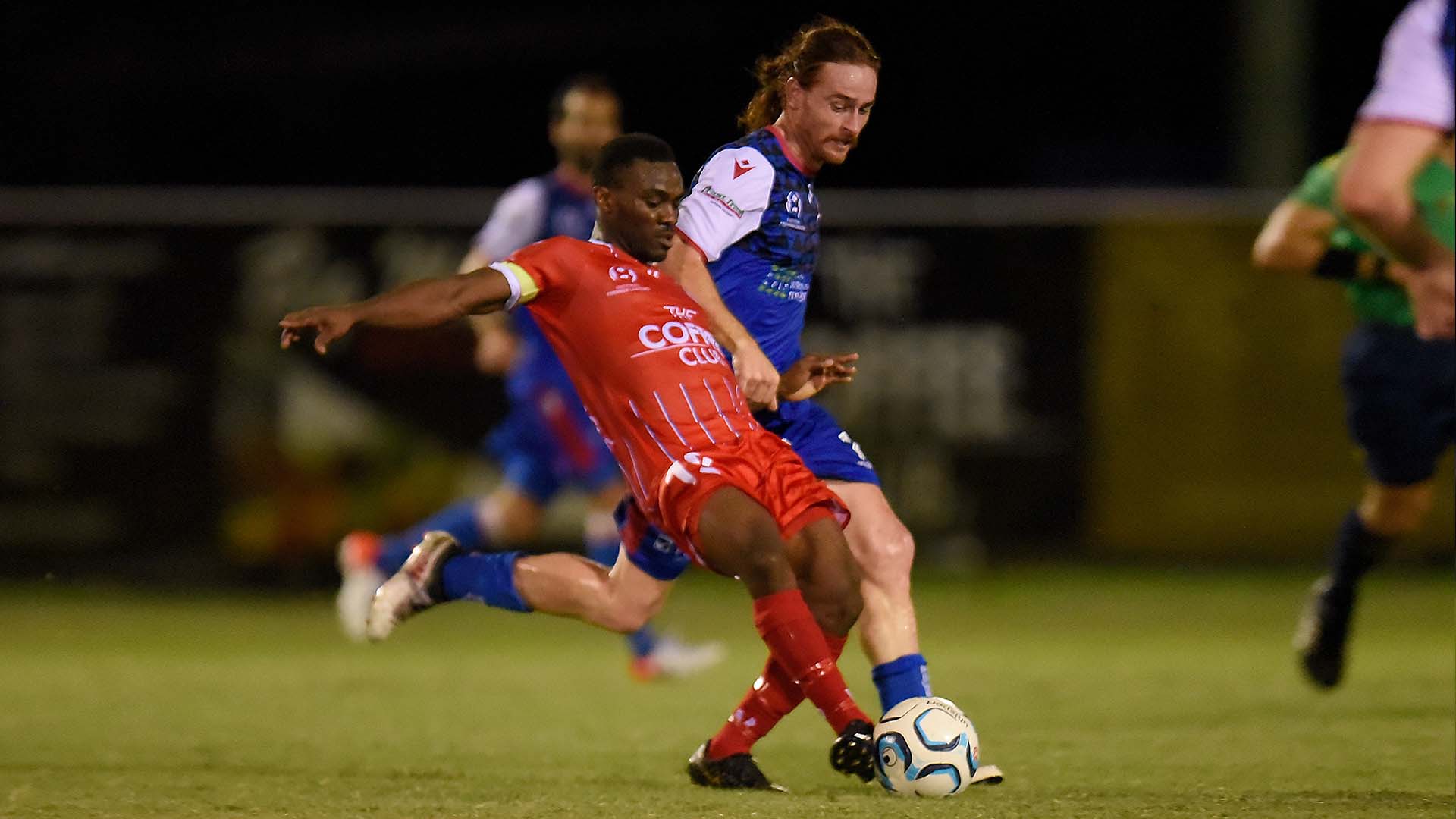 Ben Cahn said he was incredibly proud of his squads performance as a brave 10-man Olympic outfit were edged out 1-0 by Peninsula Power at Goodwin Park on Sunday night.

A first half free-kick from Sam Cronin against his former club was enough to secure all three points for Power in Sunday’s Round 4 NPL Queensland clash.

Olympic were reduced to 10 men in the 24th minute when Matt Mundy received his marching orders for his part in an off the ball incident with Josh Woolley – the Power midfielder escaped without sanction despite his part in the fracas.

Cronin’s goal from the resulting free-kick proved to be the decisive moment of the match with Olympic unable to find an equaliser despite battling valiantly with ten-men for almost 70 minutes.

Jez Lofthouse came closest for the hosts as he rattled the crossbar with a strike in the 76th minute while only a matter of centimetres denied Daniel Leck’s first half free-kick.

16-year-old David Ishimwe captured the imagination of the home support with an eye-catching performance off the bench on debut, while new signing Tolga Yorulmaz also made his first appearance for the club.

“The players were outstanding tonight, every single one of them. I couldn’t be prouder of the performance,” Cahn said.

“To play with 10 men for 70 minutes against one of the best teams in the league is extremely difficult, but to have the courage to take the game to them like we did was exceptional.

“It obviously hurts that we’ve got nothing to show for it but sometimes football is about more than the result and today I’m so proud of the players. They gave everything and deserved more.

“Peninsula are a good side and they deserve credit as well. It’s up to us now to put some results together and start catching back up to the teams ahead of us. Last night gives me every confidence that we’ll be able to do that.”

Cahn chose not to comment when asked about the performance of the referees who were at the centre of a number of controversies in Sunday’s match.

“I’m not going to comment on the performance of the officials, we’ll address our concerns through the appropriate channels,” Cahn said.

Next up Olympic make the trip to Wolter Park to take on Moreton Bay Jets on Sunday afternoon (4pm KO).