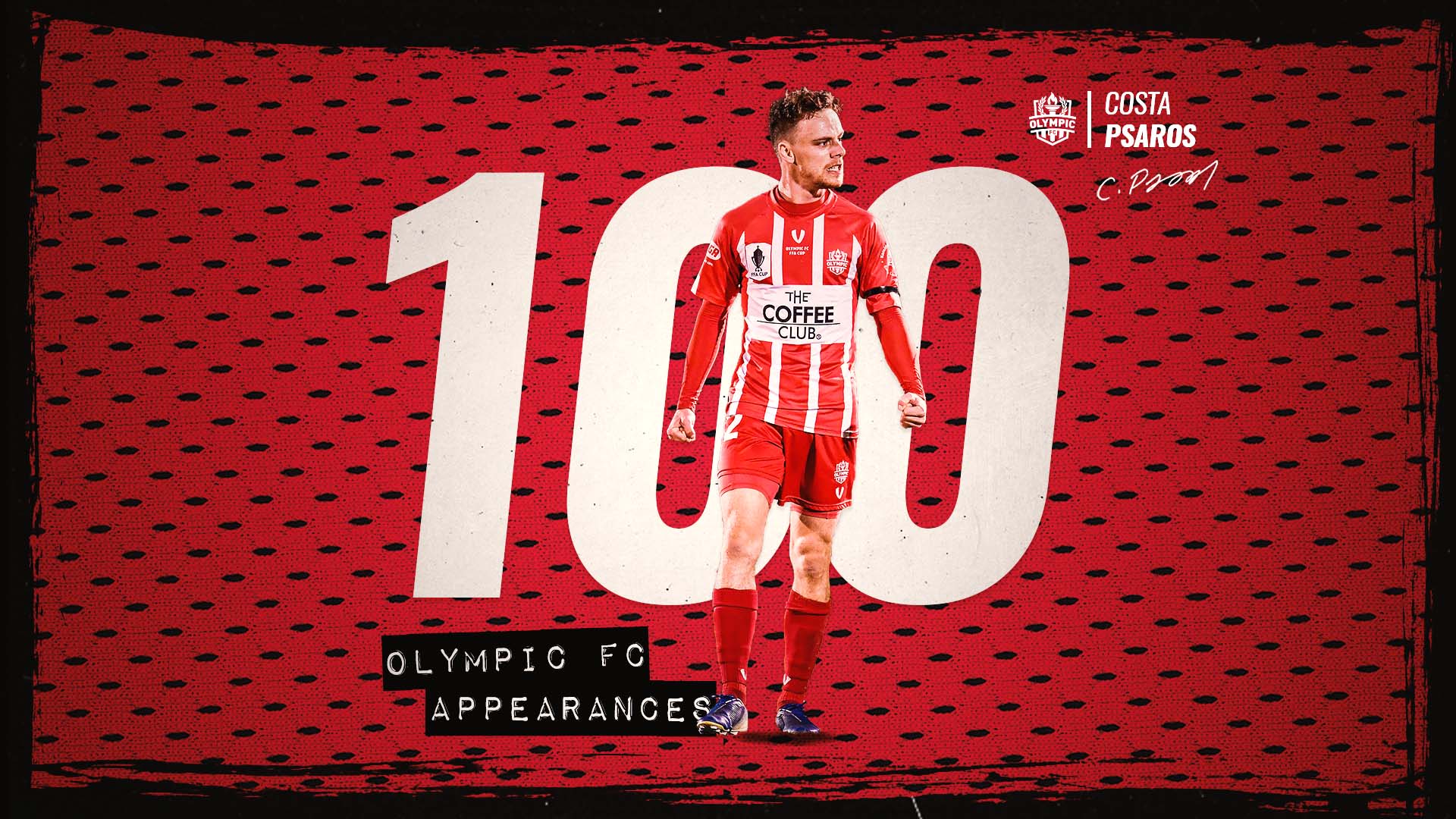 Costa Psaros will become an Olympic centurion this week when he makes his 100th appearance for the club in Tuesday’s NPL Queensland season opener against Gold Coast United.

Psaros made his debut for the club in 2013 aged just 17 in the inaugural NPL Queensland season as Olympic won both the Grand Final and Premiership.

A string of strong showings from the youngster earned Psaros a move to Brisbane Roar where he spent almost two years before returning to make Goodwin Park home.

In 2019, Psaros enjoyed his most fruitful season at Olympic to date scoring ten goals.

Psaros said it was an honour to join the likes of Danny Byrne, Matt Mundy, Kazuya Ito and James Cuminao as an Olympic centurion.

“This club’s been great to me and it’s been a big part of my senior football career, it’s definitely made me a better player and probably a better person as well.”

“It’s full of fantastic people, so it’s great to be playing my 100th game for the club and I couldn’t really see myself playing anywhere else at the moment,” Psaros said.

Ahead of Tuesday’s season opener Psaros said his side are fully focused on three points as they gear up for another big campaign at Goodwin Park.

“It’s a big year for us, I think we’re due a trophy or two. We’re ready, we’re excited and we’re looking forward to it,” Psaros said.

“All the boys have come together well, the new boys that have come in are gelling really well with everyone else, we’re all ready to go, its been a tough pre-season and we’re primed to go for round one.”