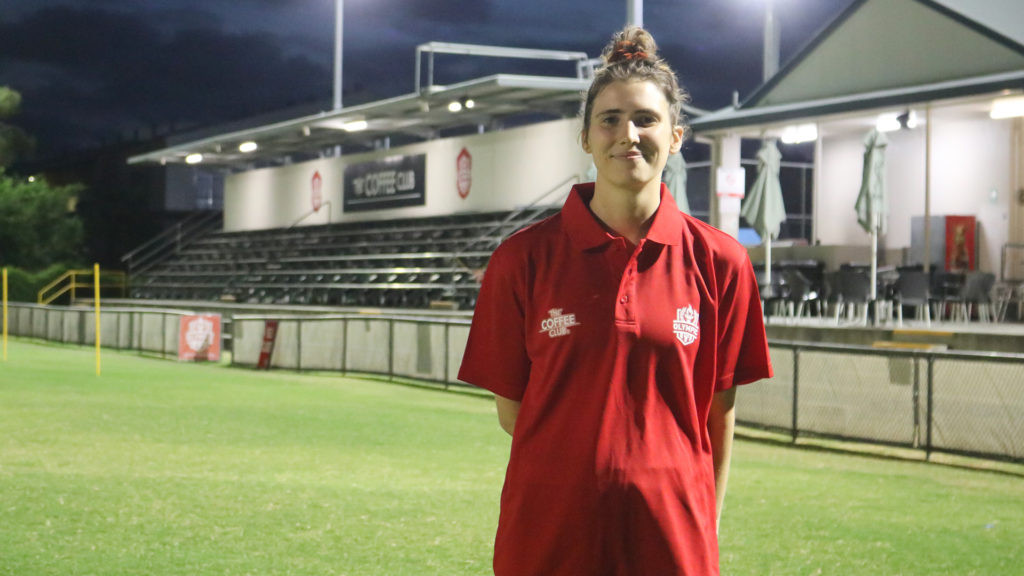 Olympic Football Club are delighted to confirm Jazmyn Perin has returned to the Club for the 2020 Women’s Capital League One season.

The winger joins Liz Doherty as the second former Olympic NPL Women’s Queensland star to sign on for the 2020 season.

Perin spent four seasons at Olympic and was part of the side that qualified for the 2016 NPLW Queensland Grand Final.

The 25-year-old who most recently played at Moreton Bay, where she scored 20 goals in 25 games in the 2018 NPLW season said she was really excited to be back at Olympic.

“I always enjoyed playing at Olympic, it was always an awesome club, a really good vibe, it’s really nice to be back, there’s a nice community aspect to it all,” Perin said.

“It’s really exciting to be part of this new women’s team, it’ll be really interesting to see how it goes and hopefully we’ll have a good season.”

Perin added she is hoping to impart her experience on the younger members of the playing group.

“When I was first here at Olympic I was one of the younger players so it will be nice to step up and play a different role than I did when I was previously here.”

At the moment we’re aiming to develop as a team and get some cohesiveness throughout the squad, it’s a whole new team so it will be nice to build it from the ground up,” Perin said.

Olympic FC Women’s Capital League One Head Coach Martin Dowson said it was a huge boost to have Perin signed on for the 2020 season.

“We’re obviously delighted to have Jaz back at the club, she is the best natural finisher I’ve seen. Add to that amazing footwork and a real footballers brain, i’m very excited to work with her in the upcoming season.”

“It’s not just great to have her abilities on the field as a player but as an inspiration to the U16 players returning from last season, they will learn so much from, watching, training and playing with her.