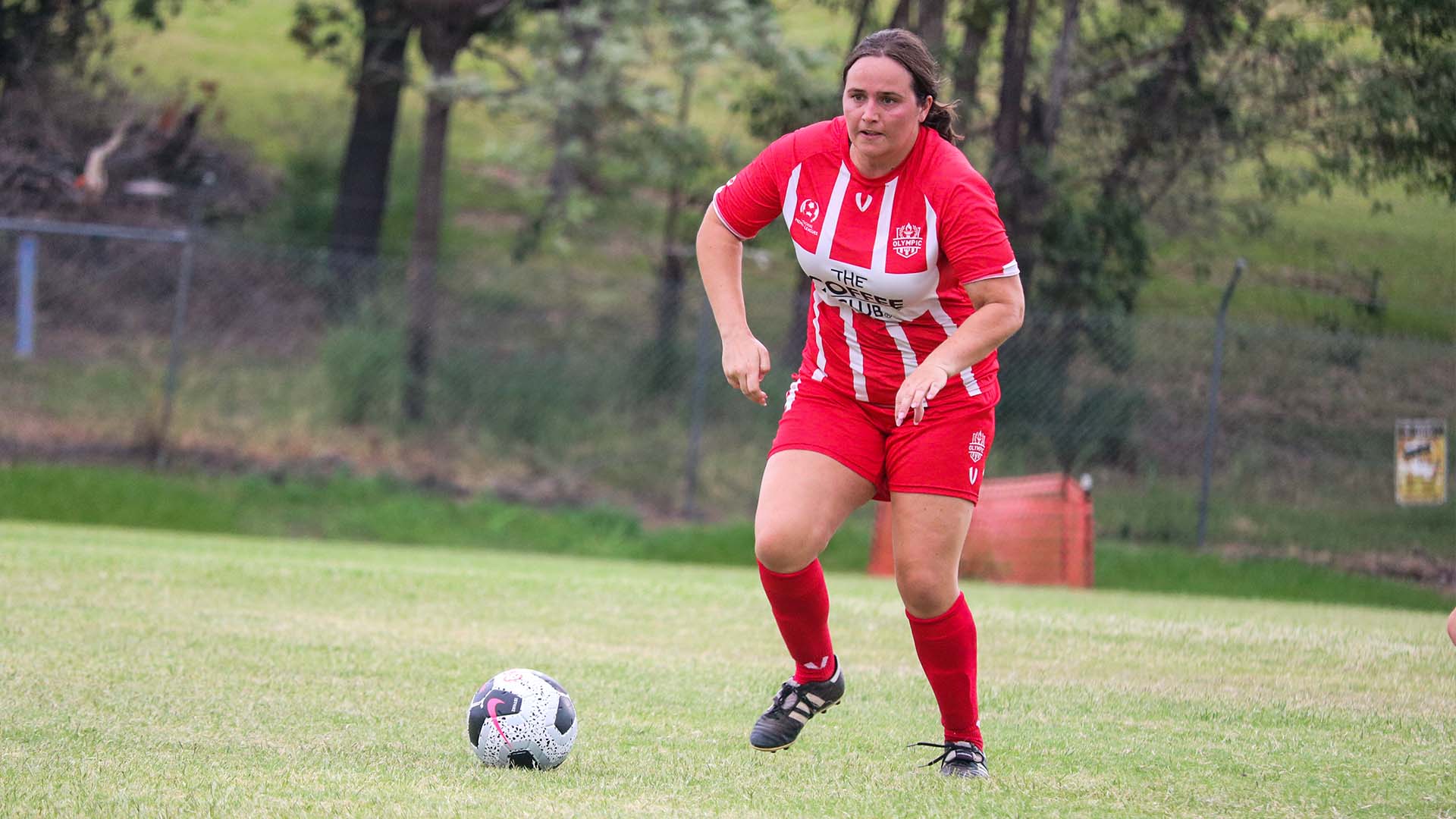 Our Olympic Women will make a return to action following a two year absence when they take on Annerley in the Elaine Watson Cup on Friday night (7:30pm KO).

Our Women will compete in the Football Brisbane Capital League One and Reserves Competitions this season.

The ambitious outfit have made a number of exciting acquisitions headlined by former NPLW stars Liz Doherty and Jazmyn Perin who both return to the club & were part of the Olympic side that played in the 2016 NPLW Queensland Grand Final.

In total 12 players who were part of Olympic’s NPLW program will play in the 2020 Capital League One squad & are bolstered  by a number of young stars from last year’s exciting U16 side.

“Friday’s game is a special moment for the club.”

“After a two year break, we are beyond excited to have a Senior Women’s team back at Olympic.

“The squad has been preparing for a number of months now, and I know I speak for all of the girls when I say the Women’s team at Olympic are ready to make their mark on the 2020 season,” Doherty said.

The midfielder added her side were looking to do much more than simply make up the numbers in the 2020 iteration of the Elaine Watson Cup.

“The Elaine Watson Cup is a prestigious competition with a rich history in Brisbane, I remember the first and last time Olympic played in this competition in 2014,” Doherty said.

“Both Jazmyn Perrin and myself, who were apart of the team that competed in that game are excited to return six years on for another attempt.”

“We look forward to re-strengthening the local rivalry with Annerley FC who have been a powerhouse in Football Brisbane competitions in recent years. We have a massive challenge ahead of us in Friday’s game, we hope to see as many of the Olympic football family at the match to support us.”

The squad are coached by Martin Dowson who arrives at Olympic with a wealth of experience in the women’s game while most recently working with Holland Park’s FQPL side.

“After two year away we have a real buzz in the camp for our first game back on Friday night. I’d especially like to thank the Olympic Women’s Football Committee for all their hard work in getting us to this point,” Dowson said.

“It’s an honour for me to be coaching an amazing group of young ladies and I can’t wait to see how far we go this season.”

“Annerley have a good pedigree in this competition and it will definitely be a really tough first up game, but that’s what we want.

“We have a team of hungry young players out to prove themselves and having missed a fair few sessions with the rain, keeping hold of the ball will be key.

“We look forward to seeing as many people as possible down at Goodwin Park for the first competitive game of the season.”

Shannon Brady signs on for 2021 season

Steve Whyte signs on for season ahead