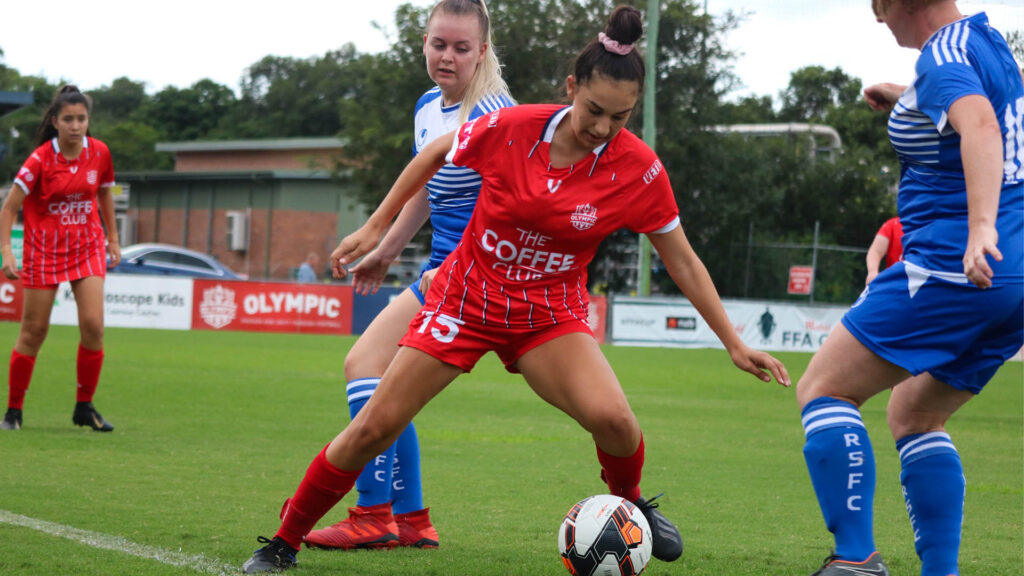 Our Olympic Women are finally set to play their first competitive match back at Goodwin Park since March on Sunday afternoon, when they play host to Toowong.

Olympic resumed their 2020 Women’s Capital League One campaign with a 4-2 victory against Southside Eagles at Memorial Park last weekend.

The win sees Olympic maintain their unbeaten status in 2020.

Head Coach, Martin Dowson said his side were buzzing to finally be back and home and looking to build on last week’s winning return.

“It’s fantastic to be back playing a league game at Olympic. We managed to get a result in difficult conditions away last week but always look forward to having a home crowd behind us.”

“It’s great to start season 2.0 with a win and hopefully we’ll continue that trend this against what I expect to be a strong Toowong side,” Dowson said.

Another huge positive for the girls from last weekend’s match was 17-year-old, Anastasia Baveas making her first team debut.

The midfielder who has been with Olympic since she was six, impressed playing 90 minutes in the centre of the park as the girls took all three points.

Dowson said Baveas was a prime example of the talent coming through the clubs female football program.

“Nasa, from last year’s U16’s made her starting debut at the weekend which was great to see, we have a very young squad in general and it’s great for me to be able to give those young players a chance,” Dowson said.

“Knowing that there are more young players awaiting their chance is exciting for the the future of the club.”

Our girls are back at home, taking on Toowong this Sunday 🔴⚪️