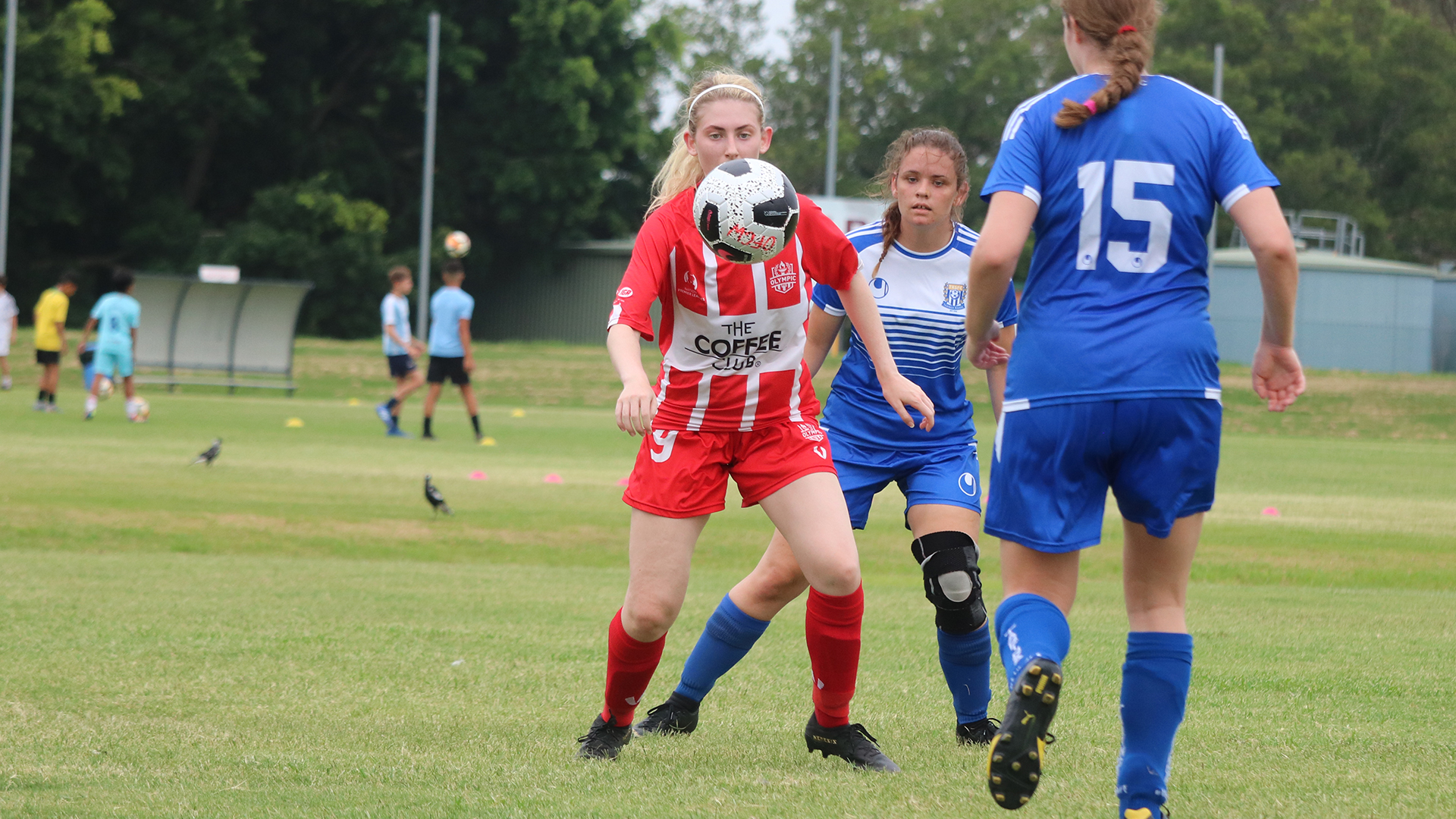 Pre-Season is in full swing for our Olympic women as they ramp up preparations ahead of the 2020 Capital League One Women’s season.

The girls hit the ground running with a resounding 9-1 over Taringa Rovers in their first hit-out of 2020 last weekend.

Jazmyn Perin marked her return to Goodwin Park with a quick-fire hat-trick with the also returning Liz Doherty pulling the strings in midfield with numerous assists and a goal.

Katelyn Wilkie, Eloise Banwell-Jarvis, Keesha Martinuzzo, Rachel Oates all got their names on the scoresheet in a landslide victory for Olympic.

Head Coach Martin Dowson said his squad are shaping up nicely ahead of their inaugural Capital League One campaign.

“Saturday was about getting minutes in the legs and for a lot of our younger players gaining their first senior womens experience,” Dowson said.

“I was very pleased in general with what i saw and have a much clearer view of where we need to improve and move forward.”

“I’m very excited about the potential of the squad and look forward to continuing to improve during pre-season as we get ready for the season launch in March.”

Olympic are back in action this Saturday when they welcome Ipswich Knights to Goodwin Park for a 4pm kick off.