Olympic FC
@olympic_fc
Olympic FC are excited to unveil their 2020 NAIDOC week jerseys, which will be worn in the sides final match of the regular season against Brisbane City at Goodwin Park on Sunday, November 15 (6pm KO).

Olympic proudly embraces Indigenous culture and promote it through our Nabei Indigenous Education program in local schools.
The program uses play-based learning to develop understanding, appreciation and respect of and for the Indigenous cultures that shape our shared history and lay the platform for progress in reconciliation.

This is the second season Olympic have worn Indigenous themed kits to celebrate NAIDOC week, while the regular 2020 playing kits also featuring an Indigenous ball device on the back of the jersey.

Phil Canham, who designed the jerseys explains the meaning below.

The NAIDOC jersey has been designed based on the relationship that Jagera and Turrbal people have had with the land we live on for generations. First Nations people have held a spiritual bond with country since the earliest times, characterised by a unique understanding of and respect for the land, the water, and all of it’s inhabitants. 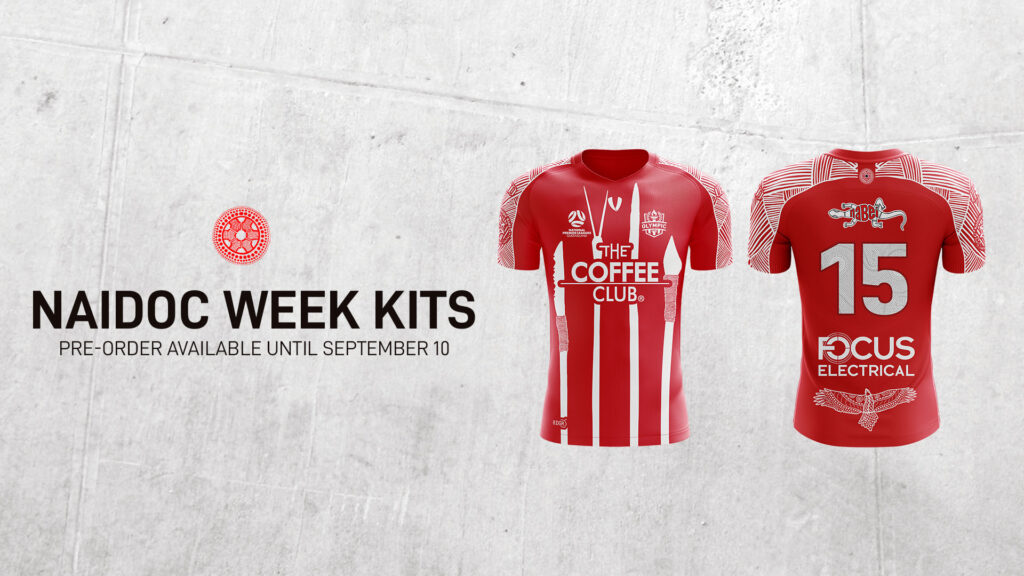 This design represents the Jagera relationship with Juwehrr (the eagle). When Juwehrr appeared above Maiwar (Brisbane River), it was a signal that Jawan (fish) were on the move, so people would travel from afar to take advantage of the bounty. It was widely known that Juwehrr always had to have his fill first, so the Jagera custodians would wait until they were sure that Juwehrr had eaten enough before they went to catch their own Jawan. By following these protocol, the people knew that they would be blessed with enough food for themselves and their families, and Juwehrr continued to notify the people when Jawan were on the move.
This jersey features three prominent elements: Juwehrr at the bottom of the jersey on his way to notify the people, the weaving pattern across the shoulders to represent the baskets and nets used for fishing, and the four different types of spears, modeled on artefacts kept in museums around the country. The first spear is a fighting spear, positioned here to represent the fighting spirit that has given First Nations people the resilience and persistence to be the oldest living culture on the planet. The second spear is a two pronged fishing spear, the third spear is a small game and bird hunting spear, and the fourth and final spear is a large game hunting spear. These three spears represent the water, the sky, and the land, the elements that provide our homes and our resources.
The purpose of this jersey is to share one small story that reflects the knowledge that this has always been Aboriginal land. First Nations people across this continent have criss-crossed the vast landscape for over 65000 years, caring for and being cared for by country. Always was, always will be. 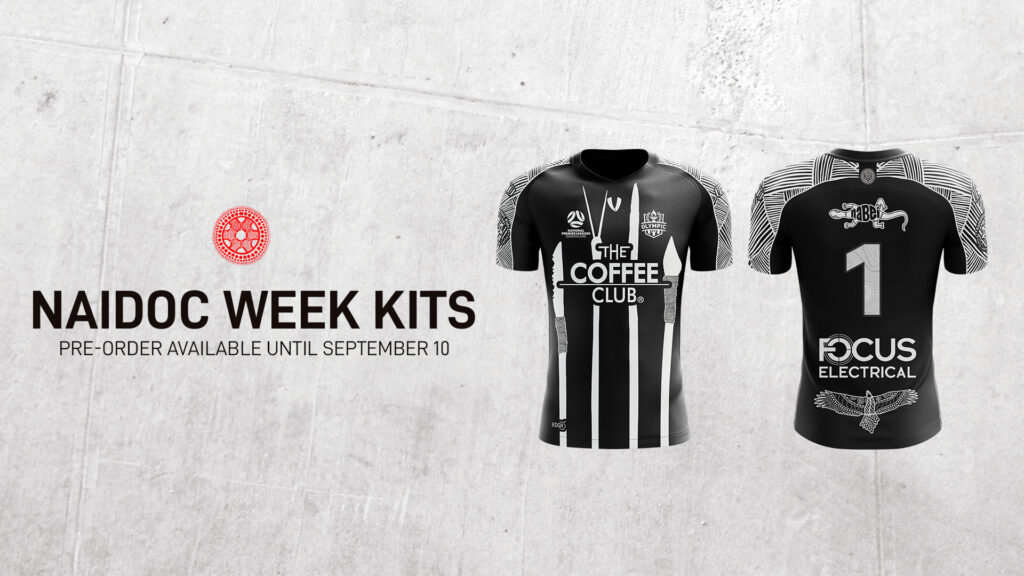