Olympic FC returned to winning form on Sunday, earning a 3-2 home victory against Brisbane City FC in round 27 of the National Premier Leagues Queensland.

A double from Chris Lucas and a last-gasp goal from Shelford Dais gave the hosts the win – ensuring a clean sweep of the season series against longtime rivals City.

Olympic opened the scoring in the 35th minute, Alex Smith playing Jez Lofthouse in behind, before the quick-footed winger crossed the ball in to an unmarked Chris Lucas for the tap-in. 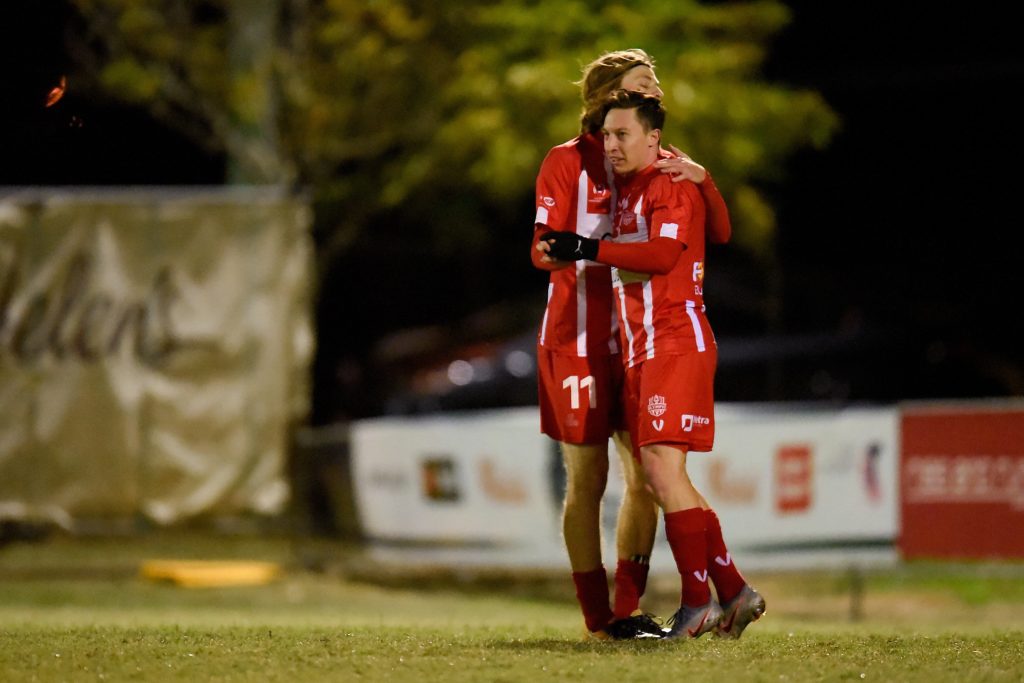 This effort was matched by Brisbane City right on the halftime whistle, a Kai Fietchner-led counterattack ending with a goal for an onrushing Lachlan Sayers.

The visitors’ momentum carried into the second half, Alex Fiechtner finishing past Brandon Cuminao at the near post after bombing down the wing in the 56th minute.

This continued intensity paid off in the 80th minute, Chris Lucas thumping a header past City goalkeeper Jake Clancy after being found from the corner by Steve Whyte.

Carrying this momentum, the hosts broke through again and claimed victory in the 90th minute; Shelford Dais found with a clever chipped pass from Smith for a one-on-one finish. 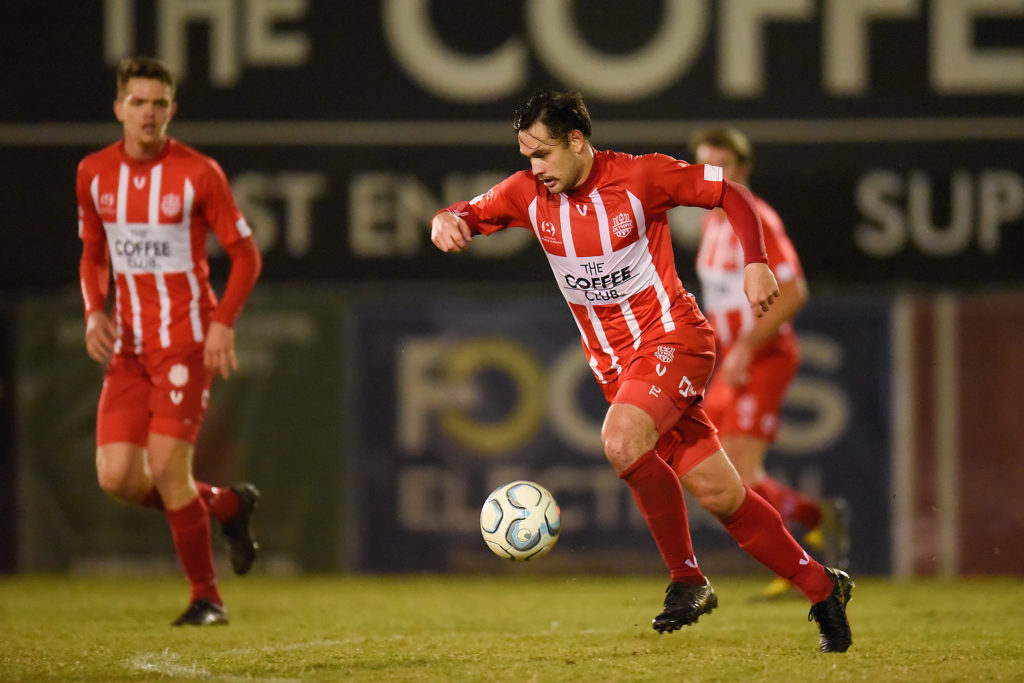 Speaking post-match, Olympic Head Coach Ben Cahn was full of praise for his side’s tenacity in earning the win.

“I thought we played really well and showed improvements in some of the areas we’ve been struggling in,” he said.

“We restricted City to not much at all, and created a lot of really good chances ourselves.

“To go behind was really frustrating in a game we were in full control of and it’s something we have to improve fast. But, the boys kept believing and in the end we scored two really good goals to win it – and it could have been more.

“It’s an important win as we’re considering resting some players for the Strikers game – with Adelaide in mind – and giving some opportunity to some of the young boys.”

Attention now turns to this Sunday’s round 28 NPL Queensland matchup, away at Perry Park against fellow FFA Cup-participants Brisbane Strikers.