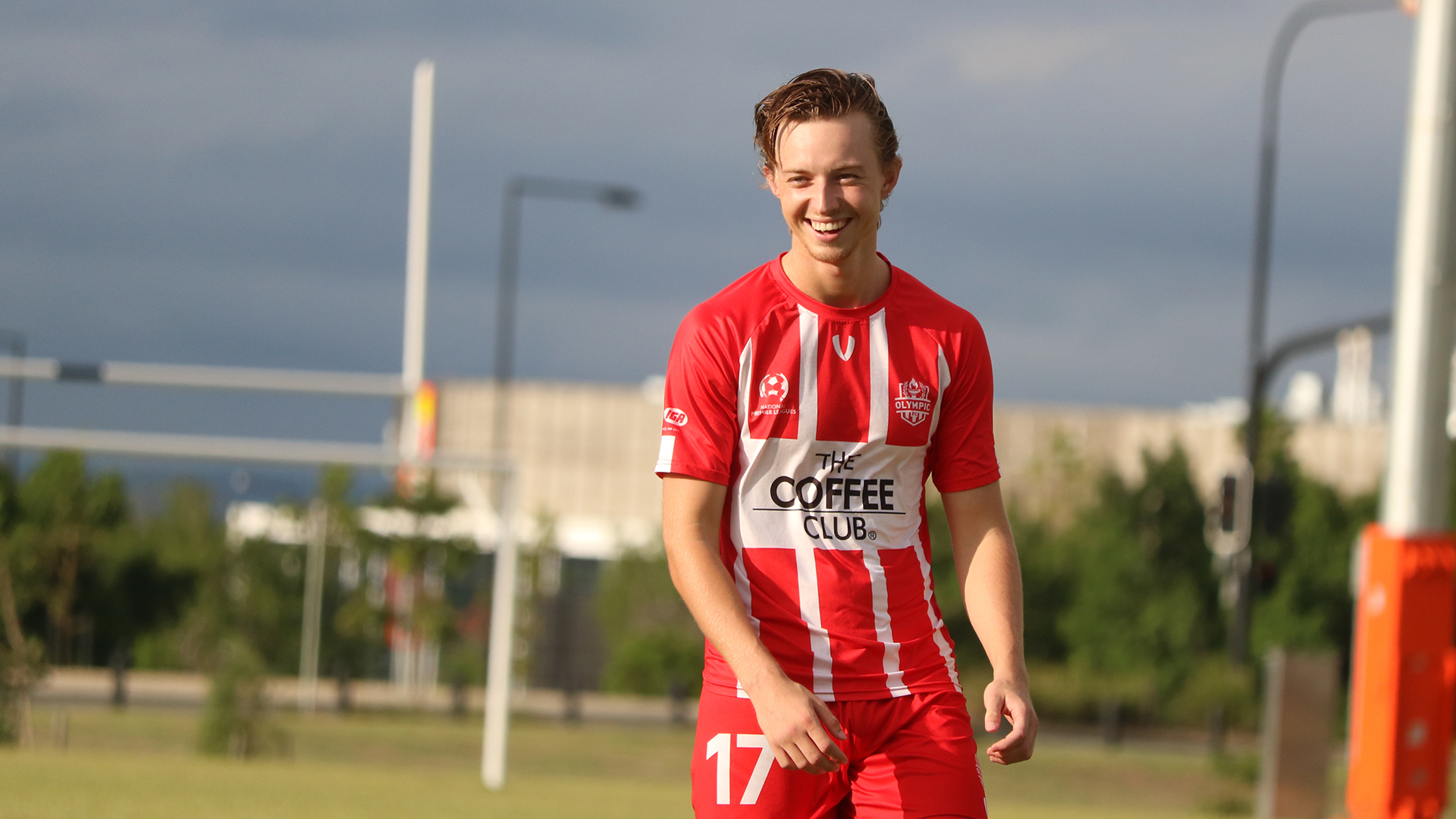 Olaide Yinka-Kehinde scored a hat-trick, while Kristen Waters, Daniel Leck & Jez Lofthouse got on the scoresheet in a comprehensive pre-season victory over the Ipswich-based outfit.

Waters opened the scoring in the eighth minute when he rounded the Pride keeper and finished into the empty net after being played through by Jeremy Van Walsum.

Yinka-Kehinde doubled Olympic’s lead heading into half time when he broke clear of the Pride defence before also rounding the keeper to score in the 35th minute.

Four minutes after the restart Leck scored his first goal in red and white, firing a first time finish from the edge of the area into the back of the net after a mazy run from Lofthouse down the left.

Yinka-Kehinde completed his hat-trick midway through the second half as he turned two Shelford Dais crosses into the back of the net in the space of three minutes.

Despite Pride pulling a goal back late it was Lofthouse who rounded out the scoring in a convincing victory, tucking home Yinka-Kehinde’s cross with a delicate finish at the near post in the 86th minute.

“It was a strong performance, a more complete performance than last week but we still have a long way to go before our opening match of the season,” Cahn said.

“Western Pride are a good young side with a lot of energy so it was a good challenge for us. The facility was excellent, the pitch held up really well given the rain it had before the games and during the day.

“We managed to get the whole squad 60 minutes apart from one or two who we’re managing a bit slower, everyone’s progressing well from a conditioning perspective.

“Overall it was a positive day, the youth team did well with lots of young players knocking on the door and we ticked all the boxes with the first team.”

Affordable Football for all at Olympic FC