Female Football Development aims to create opportunities for female footballers to develop their technical & physical ability in a safe and accepting environment.

FFD was founded by former Socceroo Ross Aloisi, the current Adelaide United A-League assistant Coach has previously worked with the Matildas and has a wealth of experience coaching in both the male and female game.

FFD boasts a host of both current and former W-League players in it’s coaching ranks including; Kaitlyn Torpey, Georgina Worth, Amy Chapman and Ayesha Norrie.

Olympic has been an FFD training centre for over a year now and has also hosted several FFD Holiday Clinics and Coaching Courses.

FFD will assist Olympic in delivering female football programs to teams of all levels at the club.

Ross Aloisi will be overseeing the development of our SAP and community players and coaching staff.

Olympic will make a return to the elite levels of female football in Queensland in 2021 with the club recently being granted an NPLW Licence for the expanded competition.

Trials for Olympic’s NPLW and SAP teams continue on Thursday. Times are listed below: 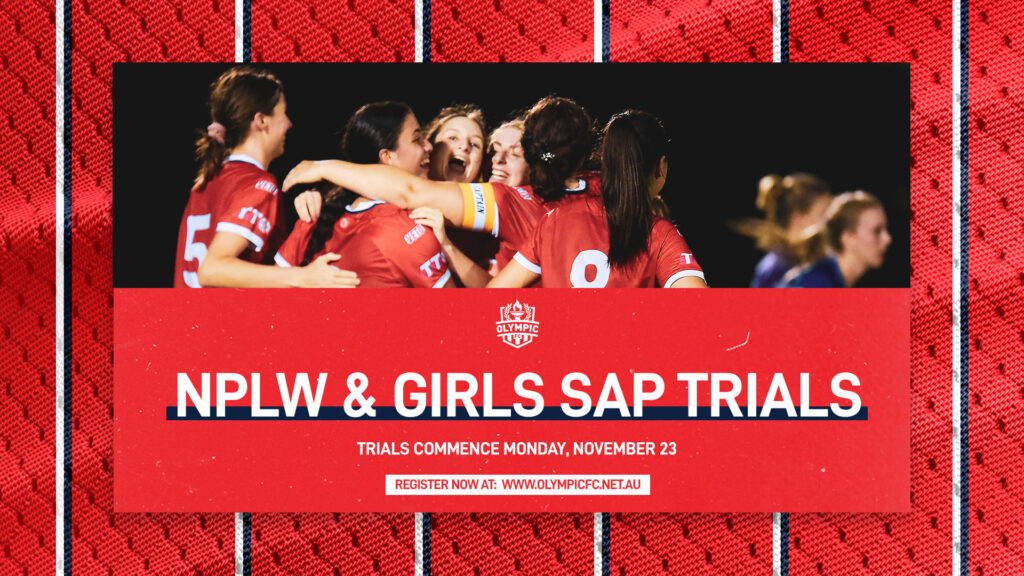