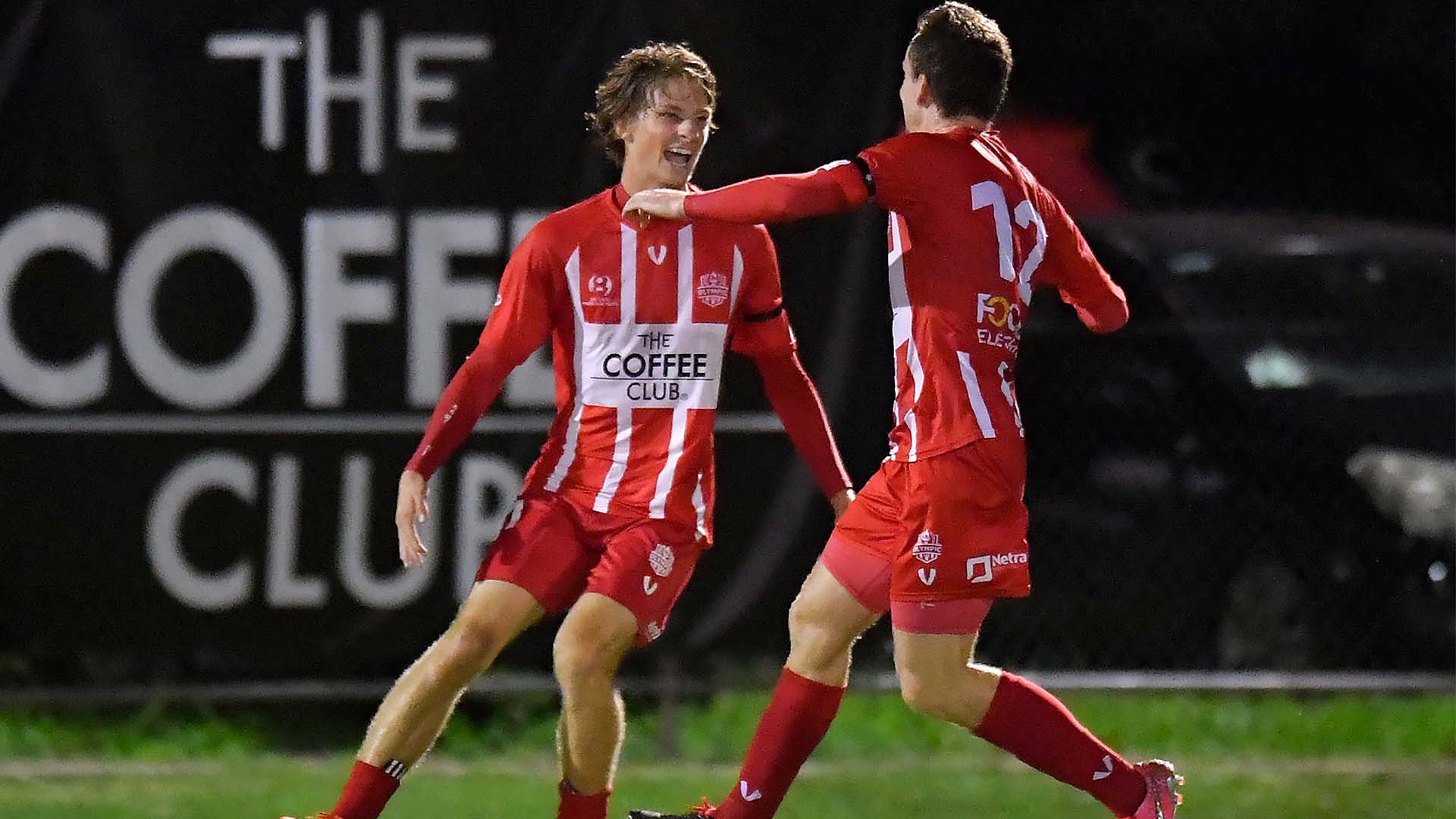 Olympic FC got their 2020 NPL Queensland campaign off to a winning start with a 1-0 victory over Gold Coast United at Goodwin Park on Tuesday night.

A classy first half goal from Jez Lofthouse proved to be decisive in the rescheduled Round One clash.

The 20-year-old winger scored the games only goal in the 31st minute when he picked up the ball inside the area before turning his marker inside-out and finishing into the far corner from a tight angle.

Speaking post-match, Olympic FC Head Coach Ben Cahn said it was pleasing for his side to finally get their season underway with three points.

“It’s a relief, firstly that the game went ahead and secondly to get the three points,” Cahn said.

“The last couple of weeks have been disrupted because of the weather, i’m sure its been the same for other clubs.

“The pitch was great, it’s important to recognise the people that have put a lot of work in to it over the last few days to prepare it and protect it.

Cahn, who has successfully picked up three points in all three opening round clashes since taking charge of Olympic in 2018 said

“I thought we defended really well, created some good moments going forward. It’s a great platform to build the season on but we know there’s a lot of improving to do and we believe there’s a lot more to come from this team moving forward,” Cahn said.

Olympic are back in action at Goodwin Park this Sunday against cross-town rivals Eastern Suburbs (6pm KO).

Cuminao brothers back on board for 2021