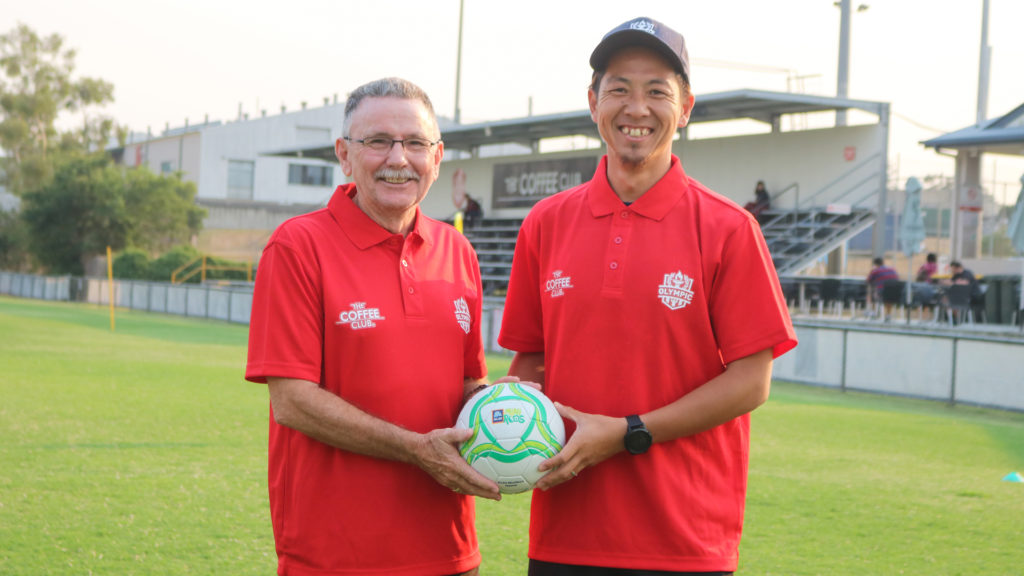 Olympic Football Club are pleased to confirm that Mickey Rooney & Kazuya Ito will lead the Club’s community MiniRoos program in 2020.

Rooney will concentrate on the Club’s U6-U8 teams as well as player recruitment while Ito will focus on the U9-U12 age groups.

Rooney comes into the role with 40 years of coaching experience under his belt, at senior level he’s worked as a Head Coach at a number of clubs including Olympic.

At junior level Rooney has also worked with plenty of clubs including the Brisbane Roar Active Program, while most recently working as the Technical Director at Eastern Suburbs.

Ito, a stalwart of the Club’s first team has been at Olympic since 2013. The C-Licence holder has been involved as a coach since his arrival at the Club, working heavily with Olympic’s U6-U12 age groups.

MiniRoos focuses on learning new skills, being active, making life-long friends and, potentially unearthing the next generation Socceroos or Matildas.

Core values of teamwork, cooperation, fair play and respect for others are at the heart of the MiniRoos program.

The Club aims to be a bastion of football excellence for both male and female players and help players of all levels achieve their football dreams.

Olympic FC Vice-President John Barton said the club is delighted to have Mickey and Kazuya leading our Community MiniRoos program .

“Olympic FC is committed to delivering high quality and enjoyable programs for players of all levels, this new coaching appointment and structural change is a key components of the clubs football operations strategic plan. One that is focused on delivering a passionate, caring and enjoyable environment for young players to learn the great game.”

“To have secured the services of two coaches of the calibre of Mickey and Kazuya to direct our MiniRoos program in 2020 is a big boost for all players, coaches and parents for the years ahead ” Barton said.