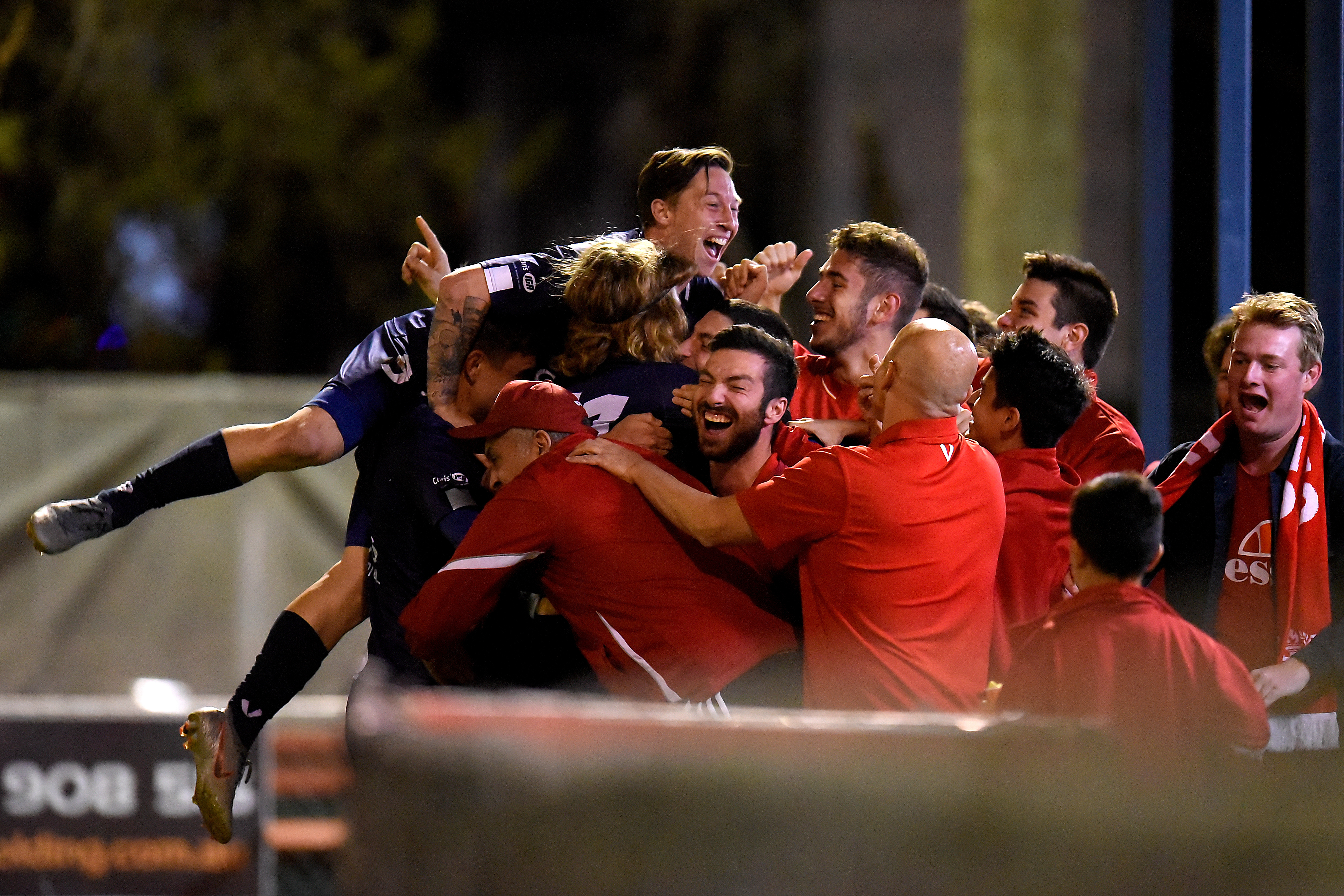 Olympic FC retain their status as the only club to make consecutive NPL Queensland Grand Finals, winning their Semi Final (and 2018 Grand Final rematch) against Lions FC 2-1 at AJ Kelly Park on Saturday.

Goals from Jez Lofthouse and Chris Lucas saw Olympic bounce back after conceding an earlier goal; the visitors booking their place in the 2019 NPL QLD Grand Final with a disciplined performance.

Creating plenty of chances throughout the first half, Olympic were finally rewarded on the stroke of half time; Jez Lofthouse finding the bottom corner after a well-worked cutback from Shelford Dais. 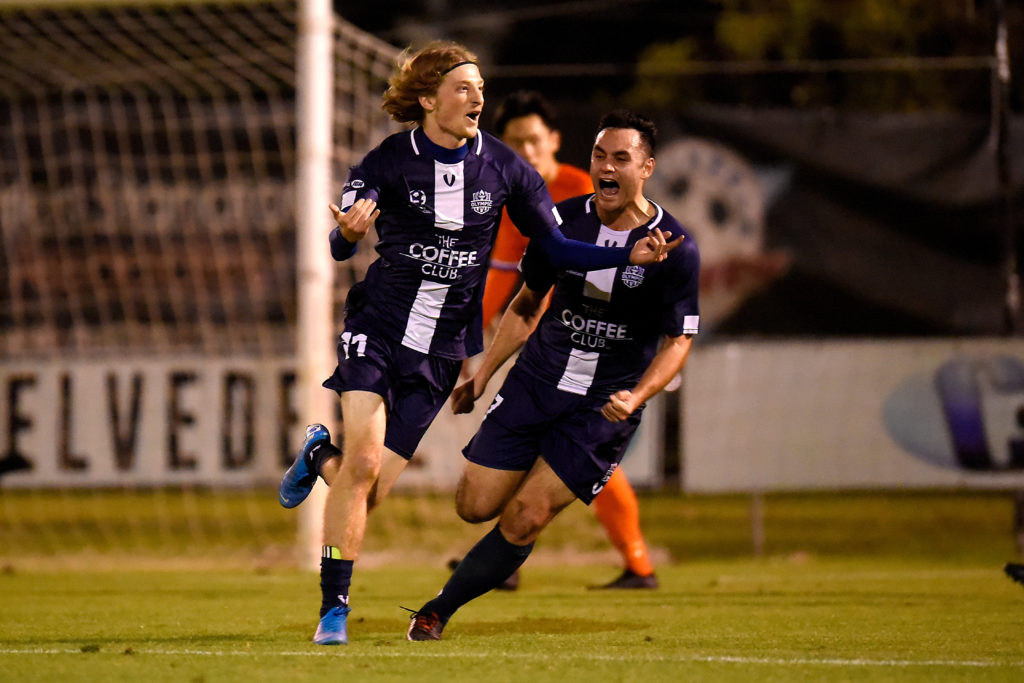 Olympic carried this momentum into the second half, always looking the likeliest to score.

This pressure paid off in the 77th minute, Steve Whyte delivering a beautiful lofted pass to Chris Lucas; the diminutive forward ghosting between the Lions centre backs for the first-time headed finish.

The visitors controlled the remainder of the game, staying composed to shut Lions out. 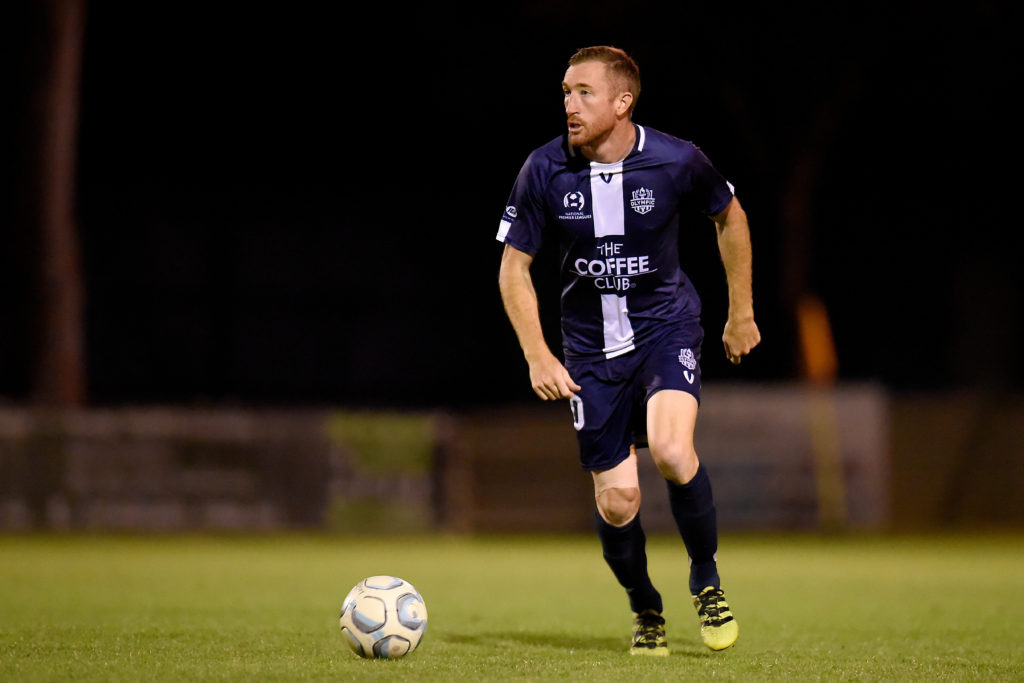 “I’m very proud of the staff and players,” he said.

“It was difficult being away [in Korea on a Pro Licence Course] for the week, but everything went to plan, the staff and players managed the week really well, and it showed in the performance.

“I thought we were really good all over. The goals were outstanding and we created three or four other really good chances.”

Olympic will now face Gold Coast Knights this Sunday in the 2019 NPL QLD Grand Final, kicking off at 6PM at Perry Park.