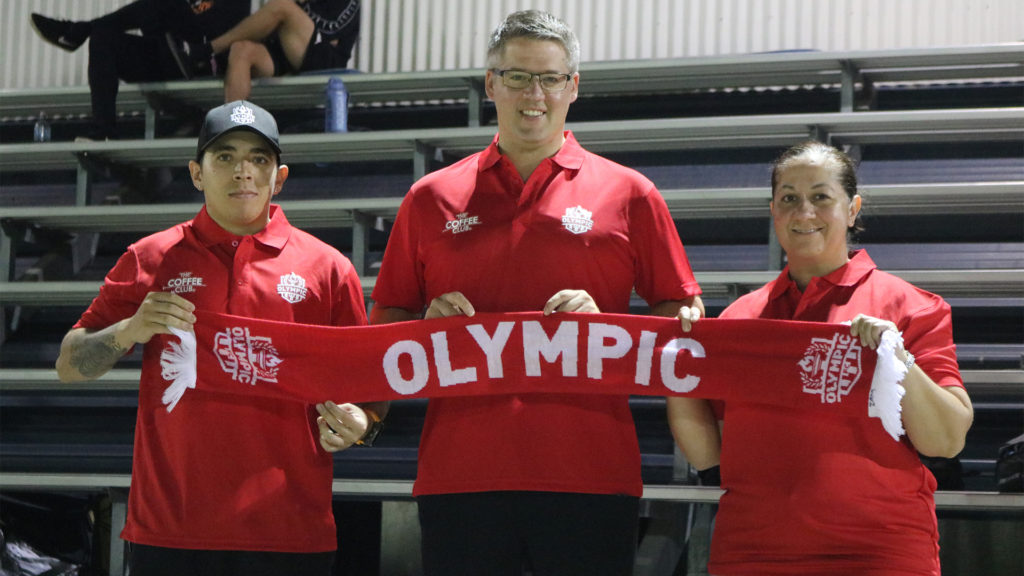 Olympic Football Club is pleased to confirm it’s locked in it’s coaching staff for the 2020 Women’s Capital League One season.

Martin Dowson will take charge of the Club’s Women’s Capital League One side while Argenis (Alex) Guevara will lead the reserves.

An FFA C Licence holder, Dowson has experience in women’s football having previously coached at Toowong and Holland Park, most recently Dowson was Head Coach for Holland Parks U18 FQPL side.

“I had my eye on the whole women’s football scene and have been wanting to get back into doing that,” Dowson said.

“When I saw Olympic, obviously with the prestige of the current men’s team and the challenge of helping the women get to the same stage really appealed to me.

“I’ve had a number of seasons coaching women, luckily I’ve had some good teams and experienced some success.

“We’ll definitely play with an attacking outlook, my main aim is to improve players, as players improve so will the performance of the team.

Reserves Coach, Guevara enters his third season at Olympic, the Venezulan lead the U16 Girls to  finals football in 2019 and has also worked with the Clubs U13 Division One side.

“I love the club, it’s exciting to be part of a new project for the new year,” Guevara said.

“I’m still developing as a coach and plan on spending many more years at Olympic, so I’m really looking forward to working with an experienced coach like Martin as well.”

Irean Karalouka of the Women’s Football Committee said the Club were delighted to have secured the services of Dowson & Guevara for the upcoming campaign.

“We’re really excited to have senior women back at Olympic FC and to be able to work with both Martin & Alex, who are both very excited as well about joining our female football family here at Olympic,” Karalouka said.

“We’re very confident that we can offer a first class program for the girls next year, so we welcome anyone down to trial and be part of our football family.

Trials for the Women’s Capital League One and Reserves commence on Monday, November 4 from 7pm.

All girls aged 16 & above are welcome to attend. REGISTER HERE

Women’s football to return to Olympic in 2020