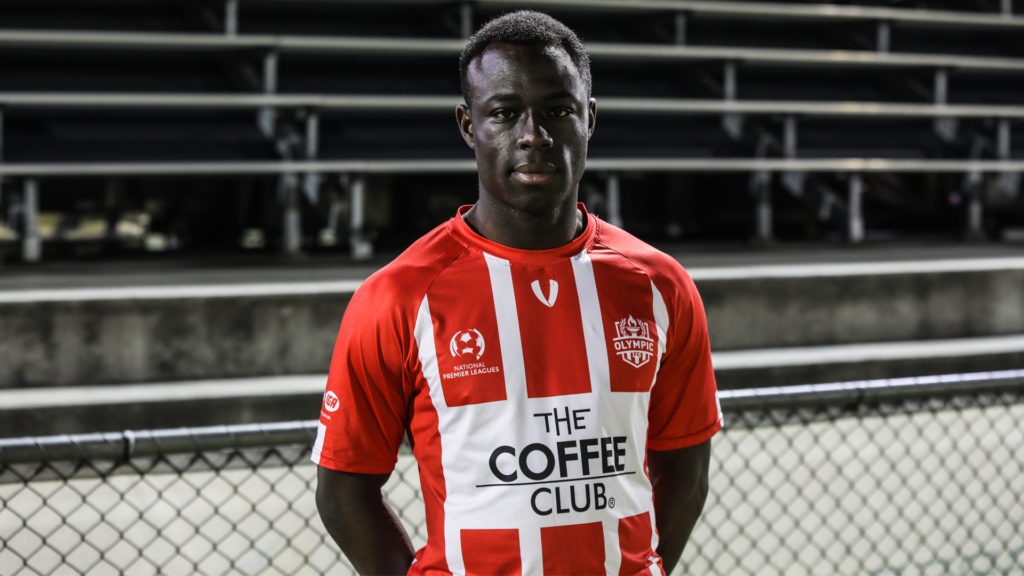 Olympic FC are pleased to confirm the signing of exciting attacker Olaide Yinka-Kehinde ahead of the 2020 NPL Queensland season.

The 25-year-old forward arrives at Olympic from Holland Park where 12 goals in 15 games earned him a spot in the 2019 FQPL Team of the Season.

Prior to playing his football in Queensland Yinka-Kehinde was captain of NPL ACT club Woden Weston where he finished second on the top scorers charts in 2018, only current NPL NSW Player of the Year Thomas James scored more that season.

The Nigerian-born attacker who also spent time in the UK and the United States, most notably with Birmingham City’s Academy said he can’t wait to get started at Goodwin Park.

“When Ben (Cahn) talked to me he gave me a vision of what he’s trying to do here, I thought that aligned with what I wanted to do.

“Most the teams I’ve played for have always been underdogs, coming to Olympic its definitely a case of rising to the challenge.

“Playing for a big club like this is going to put me in the mentality of every game is a must win and it’s the type of mentality I need to have if I want to be a winner.”

Olympic FC Head Coach Ben Cahn said he was excited to have secured the services of Yinka-Kehinde for the upcoming season.

“He fits the profile of player we’re trying to bring in, he’s hungry to improve and make a name for himself, he’s got a lot of qualities that should see him do really well for us.

“I look forward to helping him on that journey and watching him enjoy his football with us.”