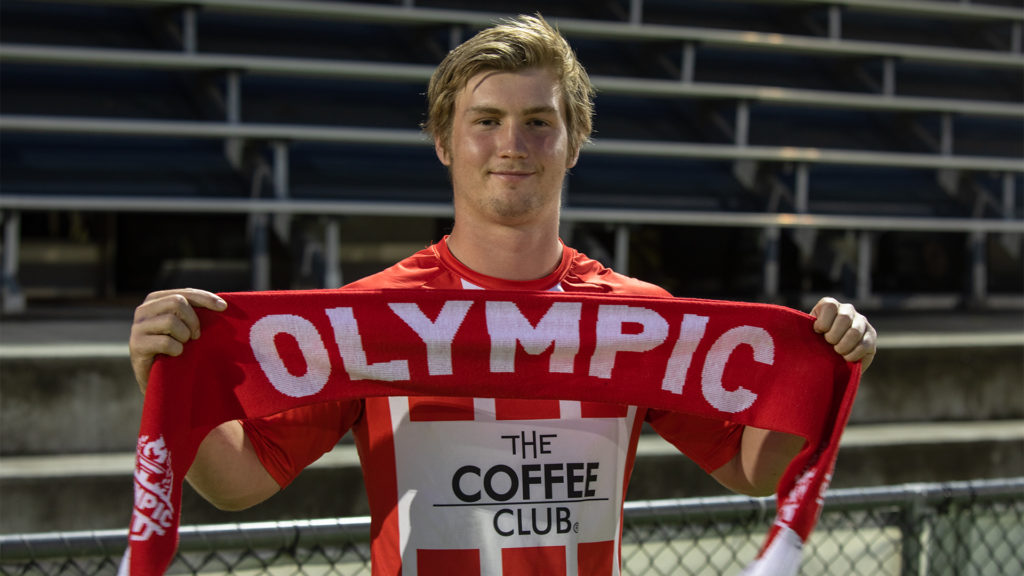 Olympic FC are pleased to confirm the addition of promising young defender Tom Aulton ahead of the 2020 NPL Queensland season.

The centre back arrives at Olympic following a stint at Victorian powerhouse South Melbourne.

The 20-year-old spent the second half of the 2019 campaign in the NPL Victoria, making nine appearances.

Prior to linking up with South, Aulton was with Brisbane City where despite his youth he established himself as Club captain.

Aulton, who trained with his new team-mates for the first time on Friday night said he couldn’t wait to get going at Goodwin Park.

“I’m very keen to get started, Olympic is a very well respected team and I’m sure 2020 will be a successful year,” Aulton said.

“It’s a Club that always plays finals, makes the national rounds of the FFA Cup and a lot of very good players have played here, obviously Ben Cahn is very well respected Coach so I’m looking forward to working with him.

“I’m aiming to start as many games as I can and help the team to clean sheets and in any way I can.”