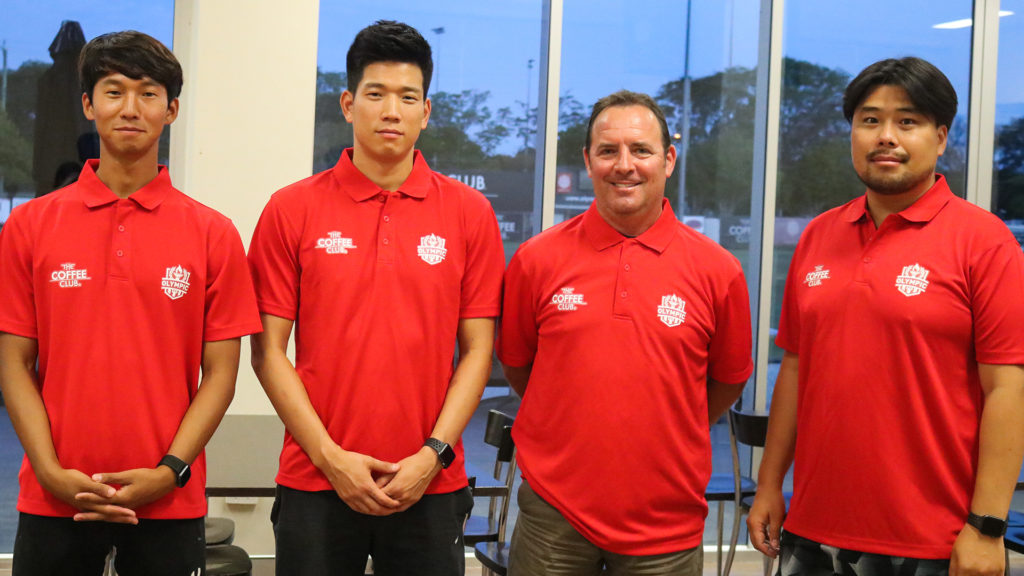 Olympic Football Club is pleased to confirm its locked in its Junior Academy coaching staff for the 2020 NPL Queensland season.

Jae Jong Son, Minjae Lee & Sumin Kim all return to the Club as U15, U14 & U13 Coaches respectively while Tom Carnavas comes on board to coach the U16s.

At Club level Carnavas most recently spent six seasons with Eastern Suburbs where he worked as a youth coach with the clubs U16 & U18 sides.

Jae Jong Son, who enters his third season at Olympic will continue with his current crop of players as the Club’s U15 Coach.

AFC A Licence Coach, Son has extensive experience around the globe, he is also the Technical Director of the Kimberley College Football Academy and First XI Coach at John Paul College.

Son has also worked in the Queensland set up, taking charge of the U13 Metro side at the 2017 FFA National Youth Championships.

Minjae Lee returns to Olympic to coach the U14’s after spending the 2019 season as the U20 & U15 Head Coach at Capalaba FC.

Lee, who holds an AFC B Licence also has coaching experience in his native Korea having spent four years at Yong Ma Middle School.

Sumin Kim will take the reigns of the Clubs U13 side in 2020, he continues at Olympic for a third season having lead the U12 SAP side while working as an assistant with the U14’s in 2019.

Olympic FC Technical Director Joel Smith said it was a huge boost for the Club’s Academy to have secured such a strong line up of coaches.

“We’ve got some very experienced Coaches in that youth development phase, I’m really, really pleased that we were able to secure them,” Smith said.

“It’s only going to be good for our players moving forward through our academy, our coaches have plenty of experience progressing individuals into the elite space.

“The big thing with these appointments is that they’re all coaches that have the ability to build great rapport with kids and develop them holistically as well.

“Not just their football but as young men moving forward and that’s extremely important.”