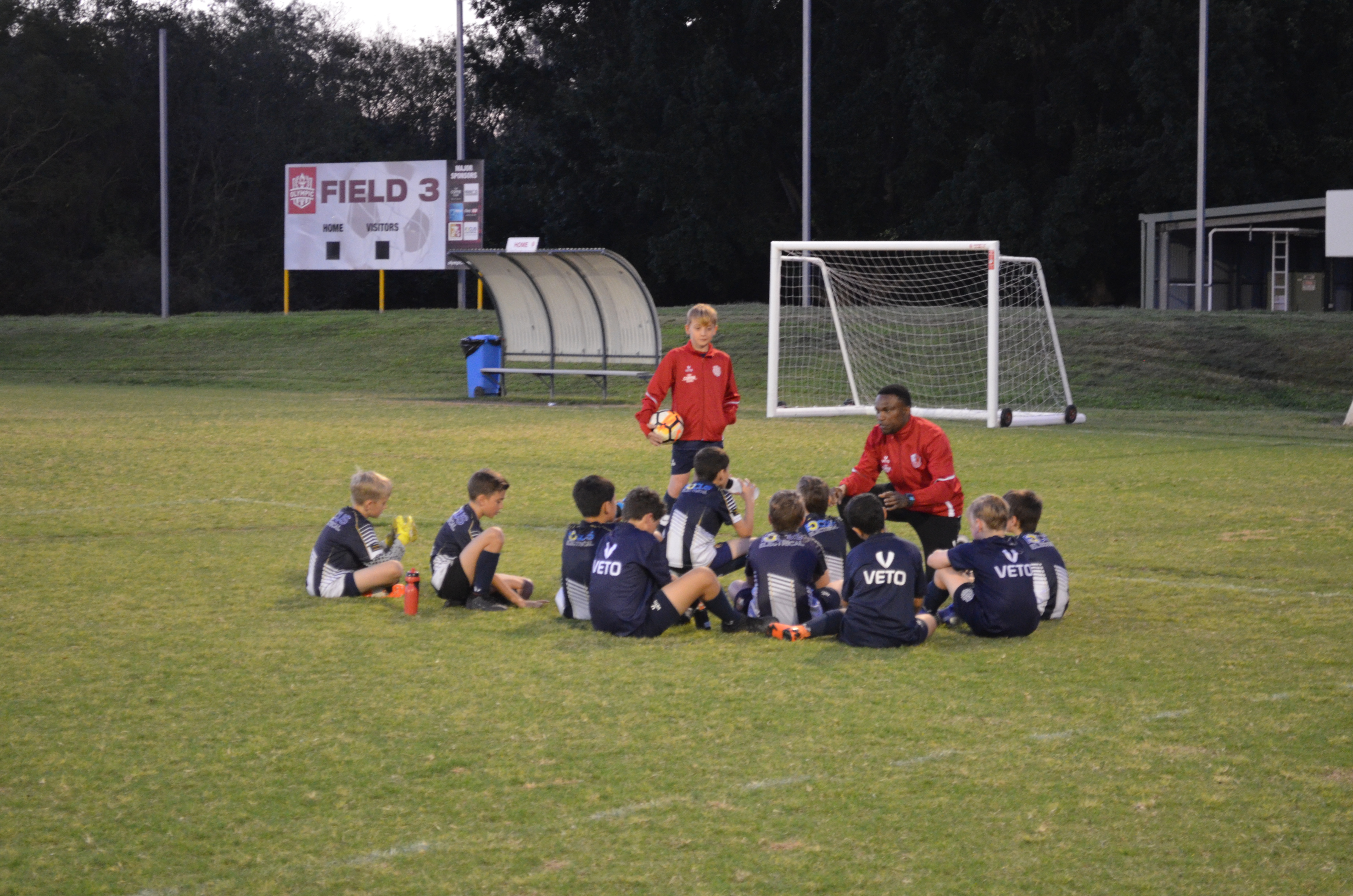 As a young boy he moved to Lagos, one of Nigeria’s biggest cities with ambitions of one day making football his career.

I sat down and spoke with Nzube about his journey, and when talking about his childhood he said ‘In Nigeria soccer is everything’.

As a child you wake up, go to school then you play soccer until dark.

I spent most of my time as a child playing soccer, and now today as a man in my 30’s, soccer is still a major part of my life.’

Whilst living in Lagos, Nzube got an opportunity to move to Russia to play football.

His time in Russia ended quickly, and soon after arriving he was headed back to Nigeria.

The negative experience in Russia did not deter him, and soon after, he got the opportunity to play football in Laos, Thailand.

His performances drew interest from an Australian agent, who offered to show his game film to the Brisbane Roar, and after his second season in Thailand he moved to Australia.

Before hearing from the Roar, Nzube was signed by Olympic FC and thus his Olympic career began.

Although Nzube initially only spent one season with Olympic – a year in which he ended as the leagues top goal scorer again – the club proved to be a major influence on him remaining in Australia.

During his time here his visa was set to expire, so the Olympic Committee at the time hired an immigration lawyer, who was successful in helping Nzube renew his visa and remain in Australia.

After that season he got an opportunity to trial with the Brisbane Roar, and during the one trial game he played for the Roar, he suggests he scored the goal of his career.

Although his trial didn’t result in a contract with the Roar, it was not a failure.

He returned playing at state level, playing for several other Brisbane based clubs.

Most notably Eastern Suburbs where he again ended the season as top goal scorer.

When he decided to hang up his playing boots, Nzube returned to the club that gave him his start in Australia.

Coming back to Olympic 5 years ago to begin the next chapter of his life, coaching his 4-year-old sons’ team.

His work ethic is something to be admired, during his time as a coach at Olympic he’s on his way to attaining an advanced C license in coaching, while at the same time studying to receive his bachelor’s in biomedical science.

Nzube’s story is one of hard work and opportunity. He is an Olympian at heart and encompasses everything Olympic represents and were proud to have him here.