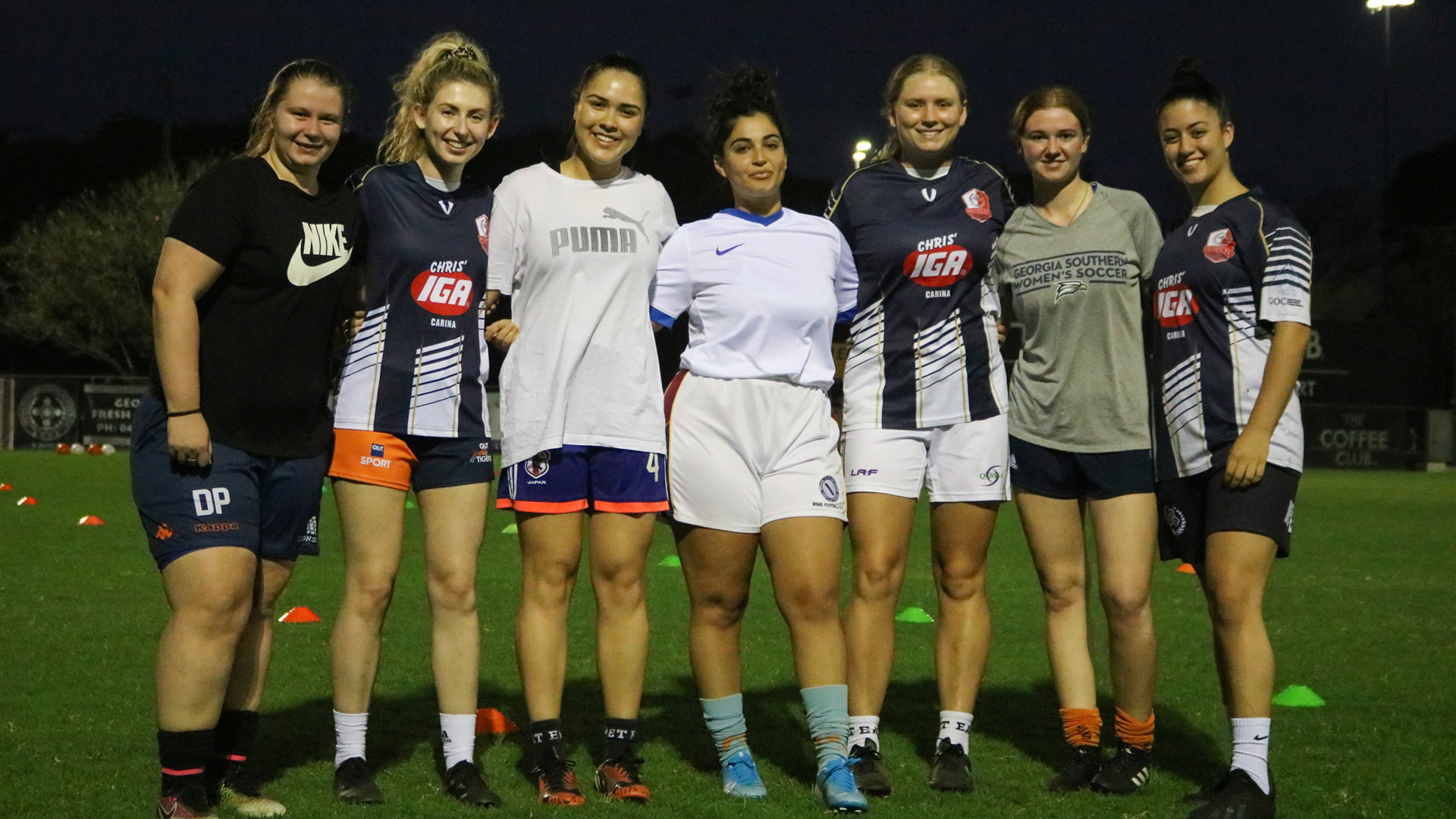 The Olympic FC Women’s Capital League One squad has been bolstered by the return of seven former NPLW Queensland juniors to the Club.

Gemma Glenny, Amy Lam, Eftihia Avraam, Steph Sountas, Dom Polglase, Hannah Allen and Keesha Martinuzzo are all back in red and white for the 2020 Women’s Capital League One season.

The returning crop of Olympic NPLW juniors are joined by the also returning Liz Doherty and Jazmyn Perin who were part of the senior side that made the 2016 NPLW Queensland Grand Final.

Further to this Sofia Karalouka, Anastasia Baveas and Lily Nicoloau, who have remained with the club and were part of last year’s U16 girls side were also part of Olympic’s junior NPLW program taking the total number of former NPLW players in the 2020 Capital League One squad to 12.

Olympic competed in the NPLW Queensland from 2015 to 2017 and aim to return to the states top flight women’s competition as soon as possible.

Olympic FC Women’s Capital League One Head Coach Martin Dowson said he’s delighted with the way his squad is shaping up ahead of the 2020 season.

“It’s great to see these ladies returning to Olympic, they’re all ex-NPL juniors from the club returning to help us achieve our goal of NPL football,” Dowson said.

“To have such quality across these young returning players is fantastic we are a very young squad with very high quality.”

“If you build it they will come.. we’re building it and they’re flocking back.”