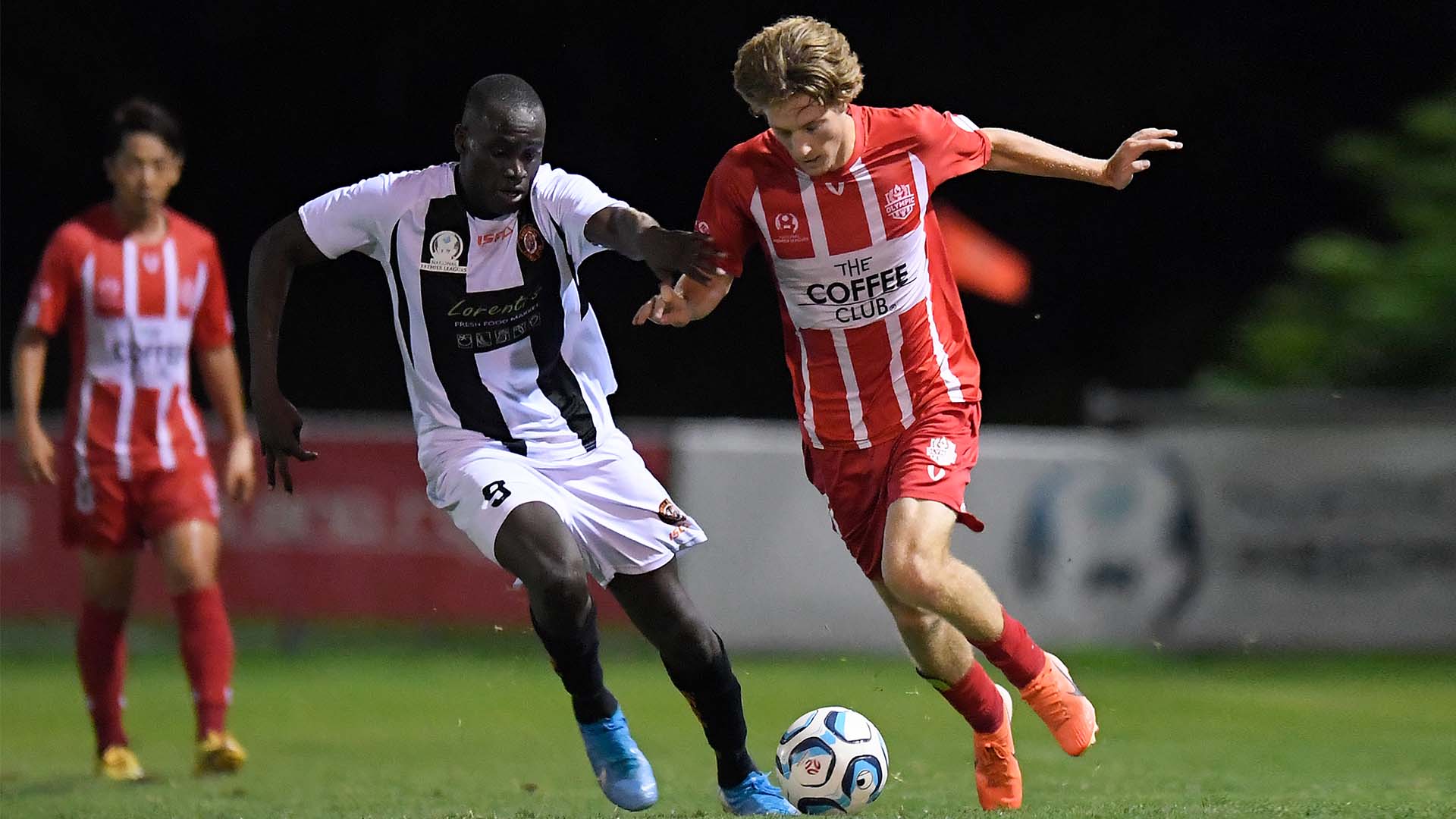 The spoils were shared in the battle of South Brisbane as Olympic FC and Eastern Suburbs played out a 1-1 draw at Goodwin Park on Sunday evening.

The sides couldn’t be split on the scoresheet at the end of 90 minutes after exchanging blows through Olaide Yinka-Kehinde an Youeil Shol either side of half time.

Yinka-Kehinde scored his first goal at Goodwin Park in the 36th minute when he picked up the ball in his own half before driving 60 yards leaving Delors Tuyishime and Daniel Varma in his wake and finishing into the bottom corner to send Olympic into the break ahead.

Shol, who spent the 2019 season at Olympic came back to haunt his former club jagging an equaliser in the 76th minute when he finished from a tight angle after being played in by Abrahim Yango to secure a point for the visitors.

Speaking post-match, Olympic FC Head Coach Ben Cahn said despite not coming away with the three points there were a number of positives to take from Sunday’s match.

“Obviously the result is disappointing but there were a lot of good signs. We defended really well and never looked like conceding but we dropped off for their goal and there was a bit of a mix up and sometimes one chance is all it takes,” Cahn said.

“We’re still trying to find our feet in certain areas but all the other teams that haven’t played will be in the same boat over the next few weeks.”

“We’ve got a great chance to bounce back away at Knights on the weekend. We’re looking forward to going down there and I believe we’ll be able to build on the first two games to come away with three points,” Cahn concluded.