Olympic FC Head Coach, Ben Cahn says he can’t fault the effort of the his players despite going down 1-0 at the hands of Brisbane Strikers on Sunday night.

Despite having the vast majority of possession and amassing 16 shots to the visitors mere three Olympic finished empty handed in Sunday’s return to Goodwin Park.

Jez Lofthouse came closest in the opening exchanges when he sent a glancing header inches wide of the far post in the seventh minute. While Kazuya Ito and Steve Whyte both forced Strikers keeper Brendan White into strong saves with early attempts.

A Costa Psaros through ball found Yinka-Kehinde with space inside the area in the 37th minute but the Olympic frontman couldn’t direct his first time effort on target.

Will Kerambrun scored what proved to be the decisive goal with Strikers only shot on target when he got in behind the Olympic defence and dinked the ball over Lachlan Hunter in first half stoppage time.

Psaros & Leck got the crowd off their feet with second half attempts but an equaliser eluded Olympic as they suffered their first defeat since returning from the COVID-19 enforced break.

Speaking post-match, Olympic Head Coach Ben Cahn was full of praise for the performance put in by his players.

“We’re obviously disappointed with the result but I can’t fault the players. They did everything right other than score. The nine shots on target to their one shows that. But that’s football,” Cahn said.

“I thought the boys were great, they kept trying to find solutions. We got in lots of good positions late on in the game but it wasn’t to be.

Sunday’s defeat leaves Olympic in fourth position on the NPL Queensland league table ahead of next Saturday’s trip to Compass Grounds to take on Redlands United.

“Redlands have done well since the return of the competition. Jordan (Manning) and Graham (Harvey) have done a great job so we’ll work hard this week to prepare,” Cahn said.

“The league is unpredictable at the moment so every week and every point is important.” 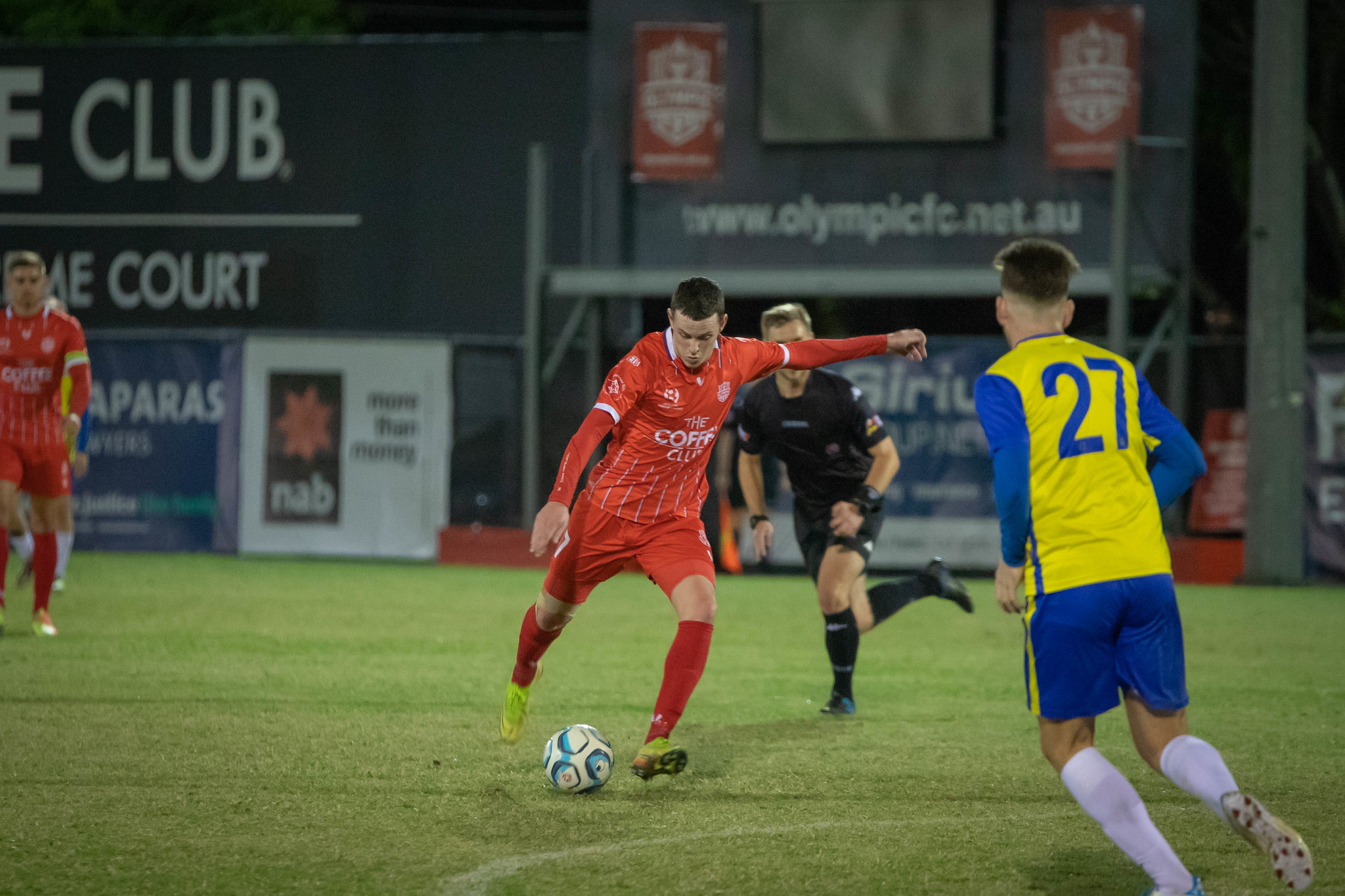