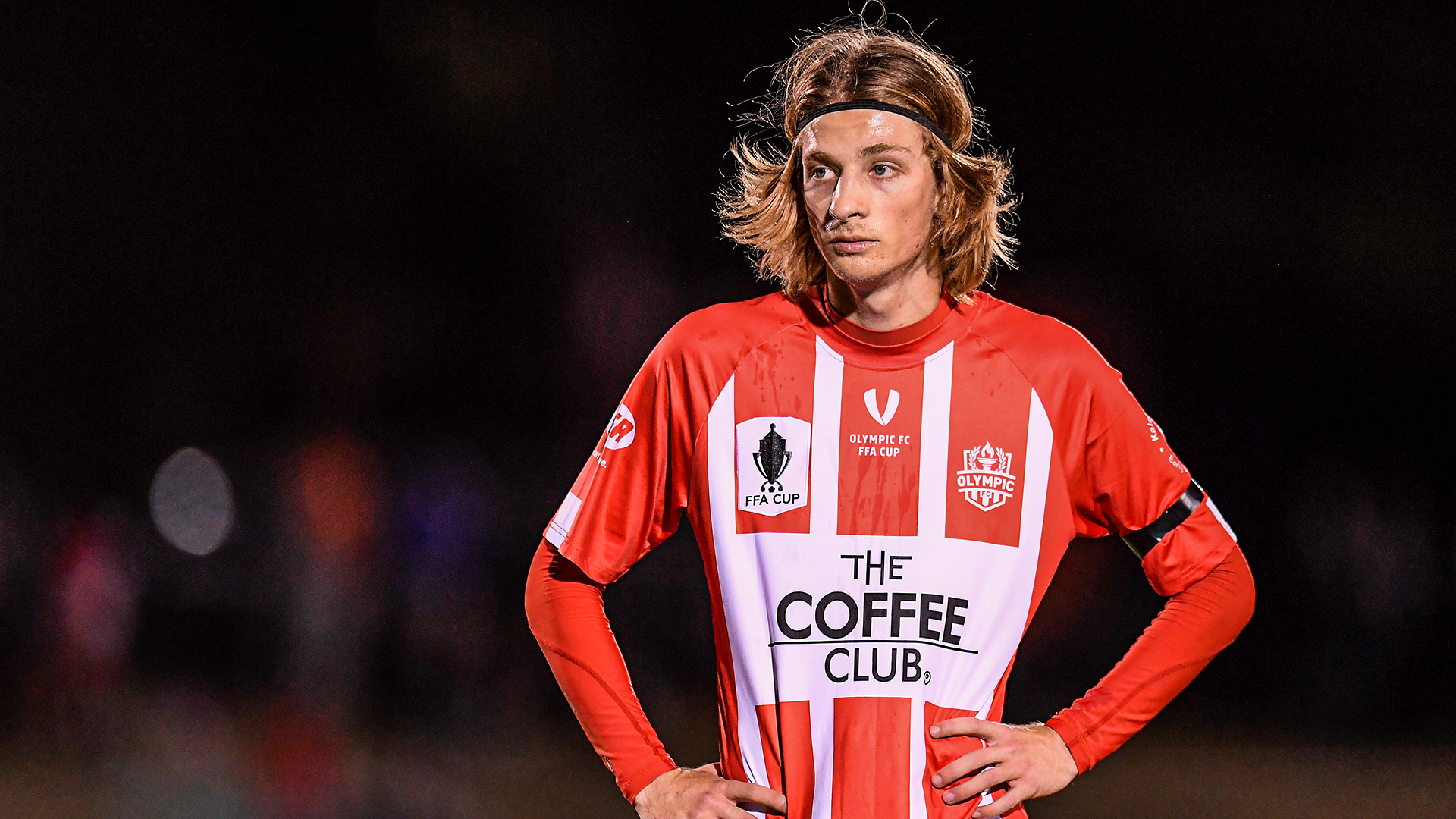 Olympic FC forward Jez Lofthouse says his side are beginning to click in to gear following Wednesday night’s 5-2 pre-season victory over Samford Rangers.

Lofthouse bagged a brace while Olaide Yinka-Kehinde scored another hat-trick to secure the win at Samford Parklands.

Lofthouse turned the match on its head with a pair of goals in the opening six minutes of the second half after a youthful Olympic line-up trailed 1-0 to a spirited Samford outfit at the break.

Lofthouse made no mistake from a tight angle for his first before turning his marker inside-out and firing the ball into the bottom corner from the edge of the area for his second.

Yinka-Kehinde got in on the act in the 70th minute when he escaped his defender before coolly finishing after being played in by Lofthouse.

Yinka-Kehinde added second six minutes later when he headed home a Kazuya Ito cross before completing his hat trick in the 80th minute when he got in behind the Samford defence to slot home his third.

Speaking post-match, Lofthouse, who has four goals from Olympic’s three pre-season outings so far said he felt things were beginning to click for his side ahead of the new season.

“I thought we held the ball and controlled the game for the most part, we were able to take what we’ve been working on at training and put it into practice on the field which is pleasing.”

“We’ve had three strong wins already and we’re finding the back of the net consistently which is a good sign. The new boys are fitting right in and it feels as though things are starting to click for us.

“There’s still work to be done before the season starts but the team is shaping up well and we feel as if we’re on the right track,” Lofthouse said.

“I was really impressed with Samford. The pitch is excellent, the facilities are great and they seem to be building a good young team to match their ambition.”

“It was a good chance to get another 45 minutes in to most players and gave us another chance to gauge where the team and certain players are at as we get closer to Round One,” Cahn said.

New recruits on target in Olympic pre-season win against Pride