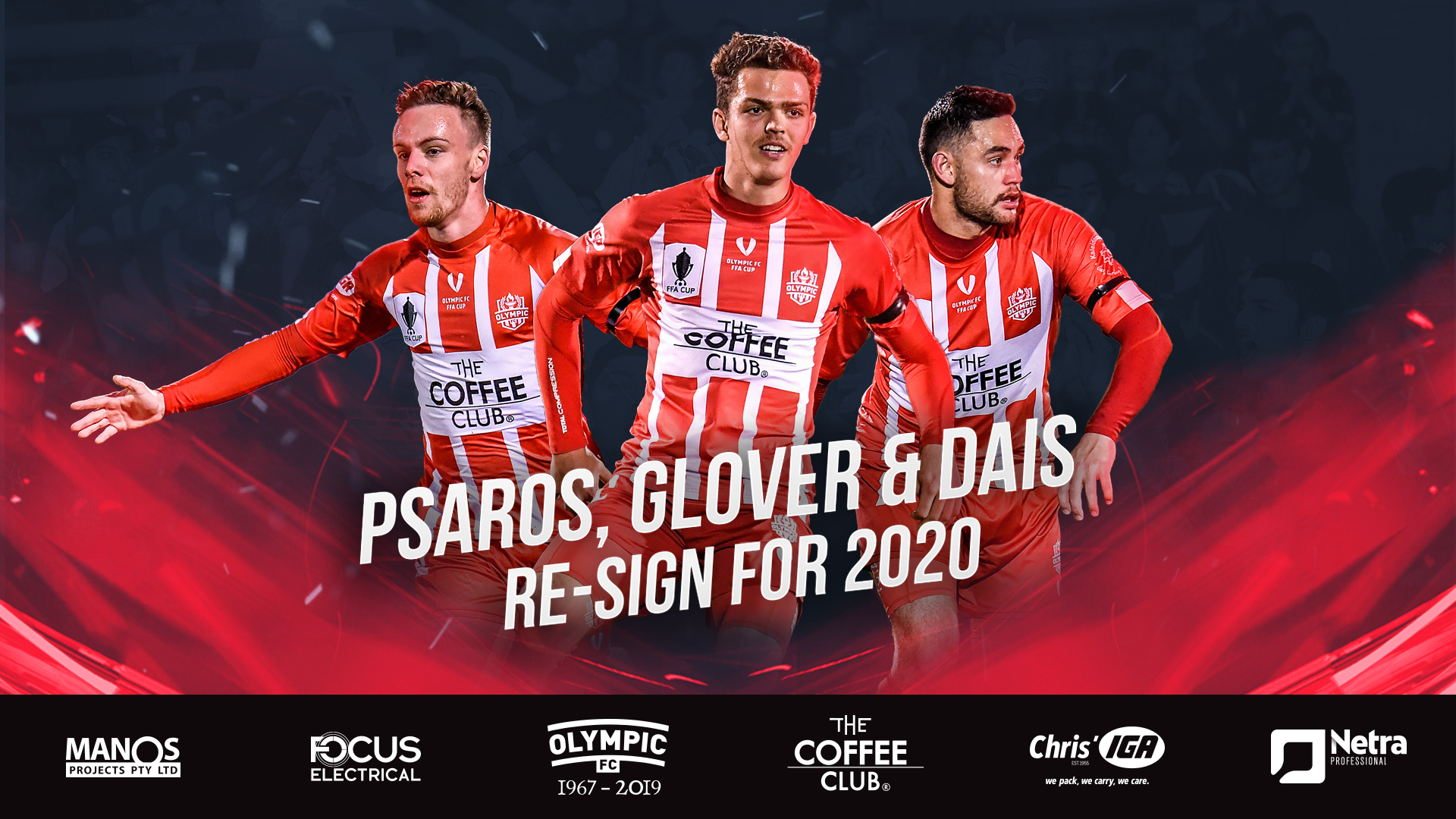 Olympic Football Club are pleased to confirm Jack Glover, Shelford Dais & Costa Psaros have all re-signed with the Club for the 2020 NPL Queensland season.

The trio were all key contributors for Olympic in 2019, a season where the Club secured a second consecutive Grand Final appearance and qualified for the FFA Cup Round of 16.

Glover become a mainstay in Olympic’s defensive unit during the 2019 campaign, the towering defender has made Olympic 52 appearances, scoring four goals.

The 20-year-old said the squad are aiming high ahead of the 2020 campaign.

“I’m very excited to be signing for the 2020 season and believe we have the squad to win it all,” Glover said.

“We’ve signed some quality players and they will be a massive contribution to our success this year.”

After taking up a more attacking role in his first season at the Club, Dais made the right fullback position his own in 2019.

The 23-year-olds expertise in attacking areas didn’t go to waste though with Dais bagging 15 assists to add to his five goals.

Psaros, one of the Clubs longest serving current players enjoyed his most fruitful campaign at Olympic to date scoring ten goals.

Psaros has made 94 appearances for the Club and looks set to join the likes of Danny Byrne, Matt Mundy, Kazuya Ito and James Cuminao as an Olympic centurion in 2020.

Stay tuned with the rest of the squad set to be revealed in the coming weeks.

Olympic add Aulton ahead of 2020 season