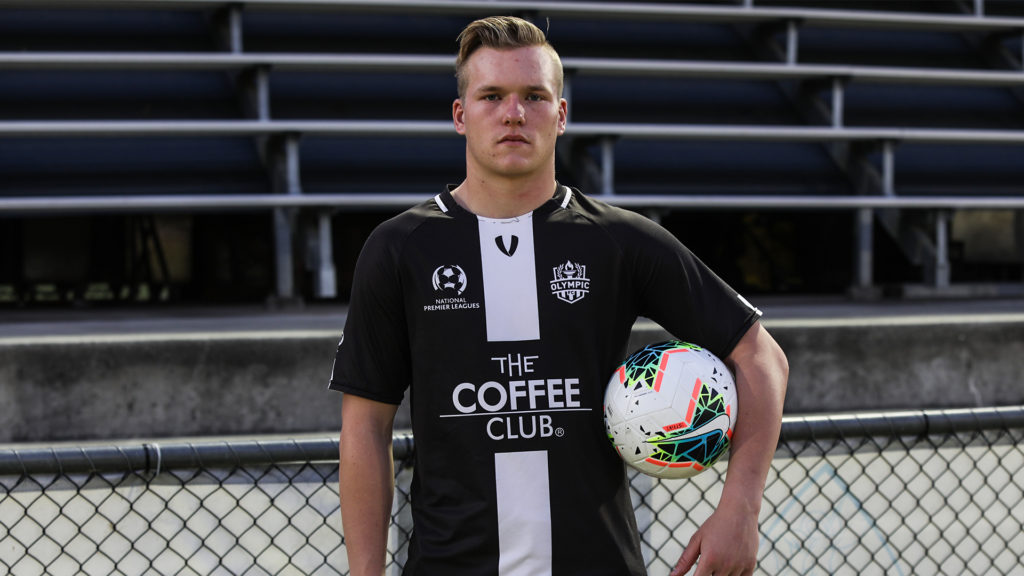 Olympic FC has bolstered it’s goalkeeping stocks ahead of the 2020 NPL Queensland season with the addition of Lachlan Hunter.

The 18-year-old shot-stopper joins the Club from Brisbane Roar where he spent the past two years.

Hunter becomes the third member of the current Olympic squad who was part of the Roar’s 2018/19 Foxtel Y-League Grand Final winning side alongside Daniel Leck and Tyson Martin.

Hunter, whose strong form between the sticks for Young Roar earned him a call up for a Young Socceroos training camp earlier this year said he was excited to have signed on at Goodwin Park.

“I’m very excited to be here, it’s a great club, in recent years they’ve always made finals and the national rounds of the FFA Cup.”

“The club’s ambitions match mine, I want to keep as many clean sheets as I can and help the team to as much success as possible.

“It will be good to work with the more experienced players in the team, see what they do and learn off them, it’s exciting.” Hunter said.

Olympic FC Head Coach Ben Cahn said he was excited to have Hunter sign on as part of his squad for the season ahead.

“Choco’s (Hunter) an excellent young keeper with big aspirations, we’re looking forward to helping him develop in to one of the best keepers in the league,” Cahn said.

“He comes with a good reputation and he’s very highly thought of by everyone we’ve spoken to that he’s worked with previously.”