Nine months and 21 days after kicking off their NPL Queensland campaign against Gold Coast United in early February, Olympic will face Lions in the season’s showpiece event to conclude a season like no other.

Despite facing a number of setbacks during the uncertainty of the COVID enforced three month break, Olympic returned to play strongly, suffering just one post-break defeat and come into Saturday’s Grand Final on a club-record 16-game NPL Queensland unbeaten run.

Olympic’s unbeaten run, that stretches back to early August, includes a pair of wins over Lions in the sides two previous meetings this season.

Goals from Tasuku Sekiya, Steve Whyte and Jez Lofthouse saw Olympic run out 3-0 winners at Lions Stadium at the beginning of November, while a solitary Daniel Leck strike proved decisive in the reverse fixture at Goodwin Park.

Speaking ahead of Saturday’s final, Head Coach, Ben Cahn was full of praise for his squad.

“It’s been an exciting week, but everyone is calm and relaxed,” Cahn said.

“The boys are confident, we’re coming off a sixteen game unbeaten run but as I said last week about the semi, finals are finals, they’re always tense, always close and we’ll be prepared to run and fight.

“I’ve said it a few times throughout the year, I couldn’t be more proud of this group of players and staff.

“They’ve sacrificed so much and still managed to compete with the teams with greater resources than ourselves.

“No one expected us to make finals when we came back from the COVID break. People were saying we were mid-table at best, so it’s a great achievement to be in a third straight Grand Final.”

Olympic booked their spot in the Grand Final with a 2-1 win over Gold Coast Knights in front of a packed house at Goodwin Park last Sunday, while Lions prevailed against Peninsula Power in the other Semi Final.

It’s anticipated that Olympic supporters will again turn Perry Park into a sea of red and white as they have at numerous big matches at the venue in recent years.

“The last few times we’ve had finals or cup games at Perry Park, the atmosphere has been amazing,” Cahn said.

“There’s no support and no community like Olympic’s in Queensland, Perry Park will be red and white tomorrow.” 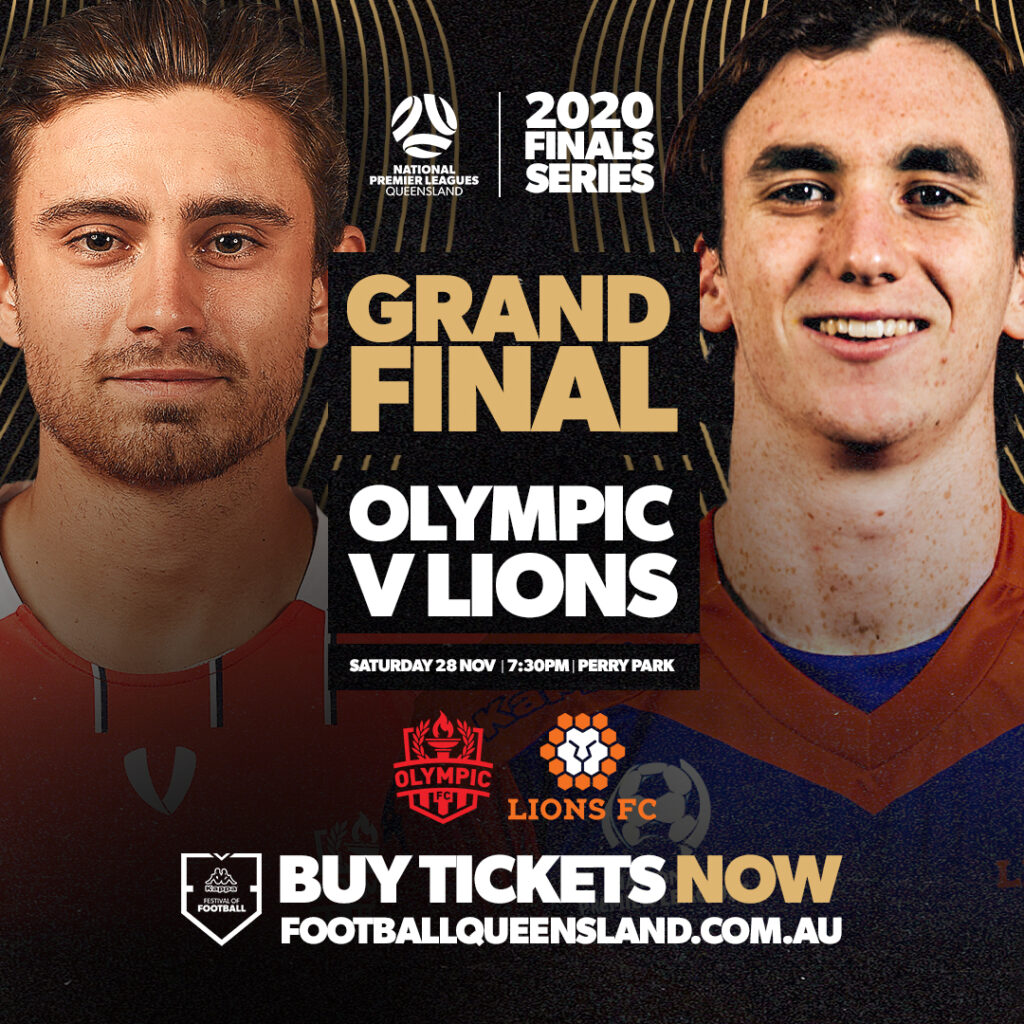