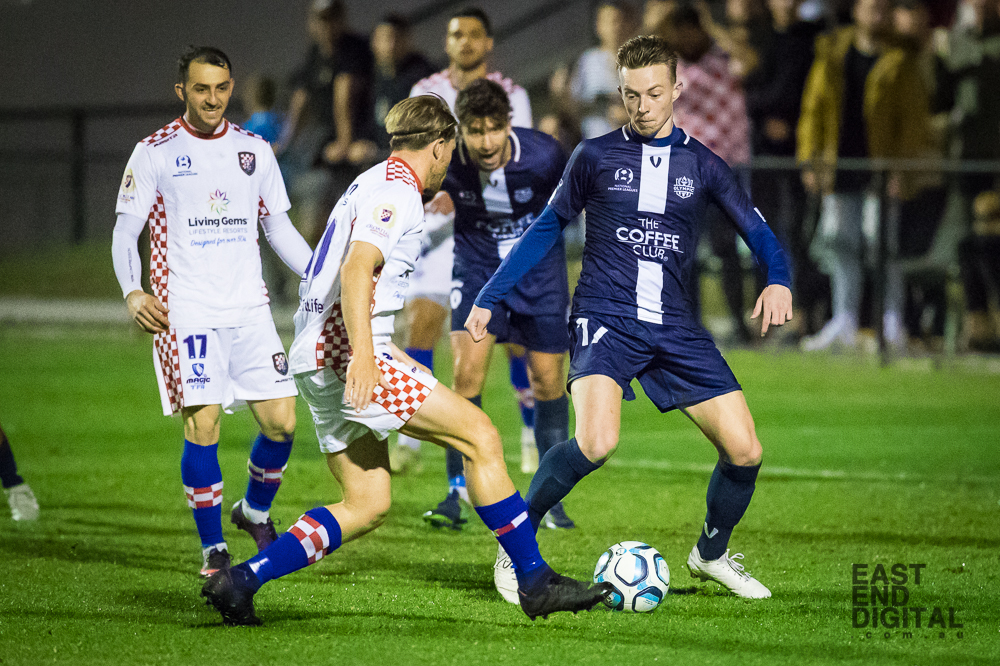 Gold Coast Knights defeated a young Olympic FC side 4-2 in round thirty of the NPL Queensland at Croatian Sports Centre on Saturday.

Goals from Dayan Baker and James Cuminao were the highlights of Olympic’s trip down to Carrara.

Despite fielding a heavily inexperienced squad, the visitors looked well matched against their full-strength counterparts – Knights grabbing the first half’s only goal in the 27th minute through Shannon Brady.

Chances falling to youngsters Angus Huang and Dayan Baker were Olympic’s best of the half. 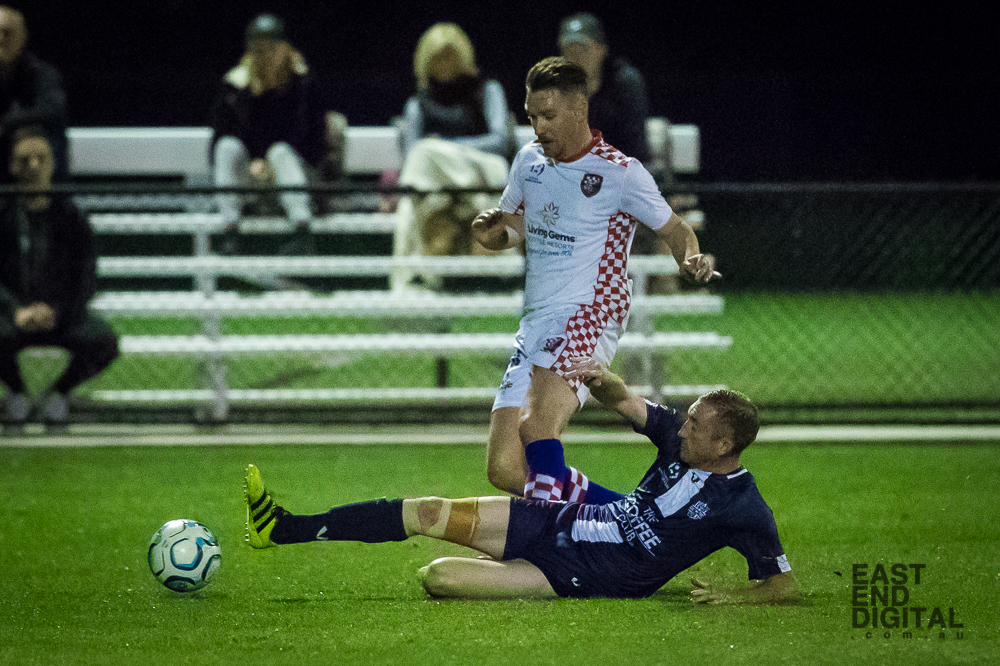 The match opened up significantly in the second half, Jarrod Kyle and Matt Schmidt extending Knights’ lead in the 53rd & 68th minutes respectively.

Despite the deficit, there was significant jubilation in the Olympic camp – Billy Pavlou and Kosei Stephenson both making their First Team debuts off the bench for the visitors.

This injection of energy helped Olympic claw a goal back in the 74th minute, 20-year-old Dayan Baker scoring his first NPL QLD goal off a cutback from Pavlou. 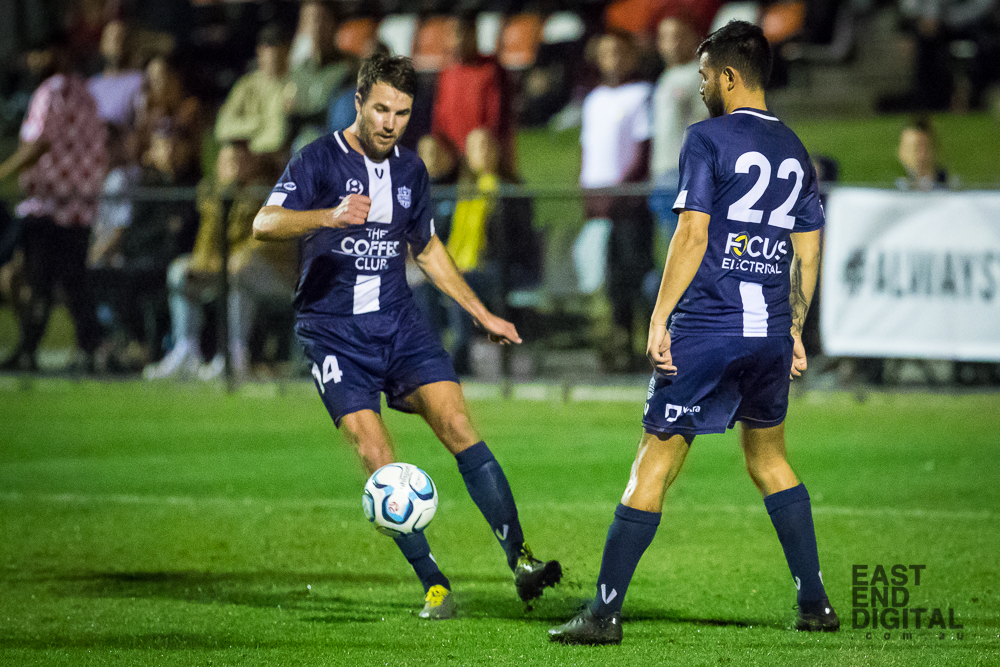 This was quickly followed with a successfully converted penalty in the 81st minute from James Cuminao – Kristen Waters winning the foul after successfully pressuring Gold Coast goalkeeper Josh Langdon into an error.

Thoughts of a comeback were ended in the first minute of injury time by Knights’ Luke Marsh – the full time whistle quickly following.

Although absent from the match, completing his Pro Licence in South Korea, Olympic Head Coach Ben Cahn was proud of his young side’s performance. 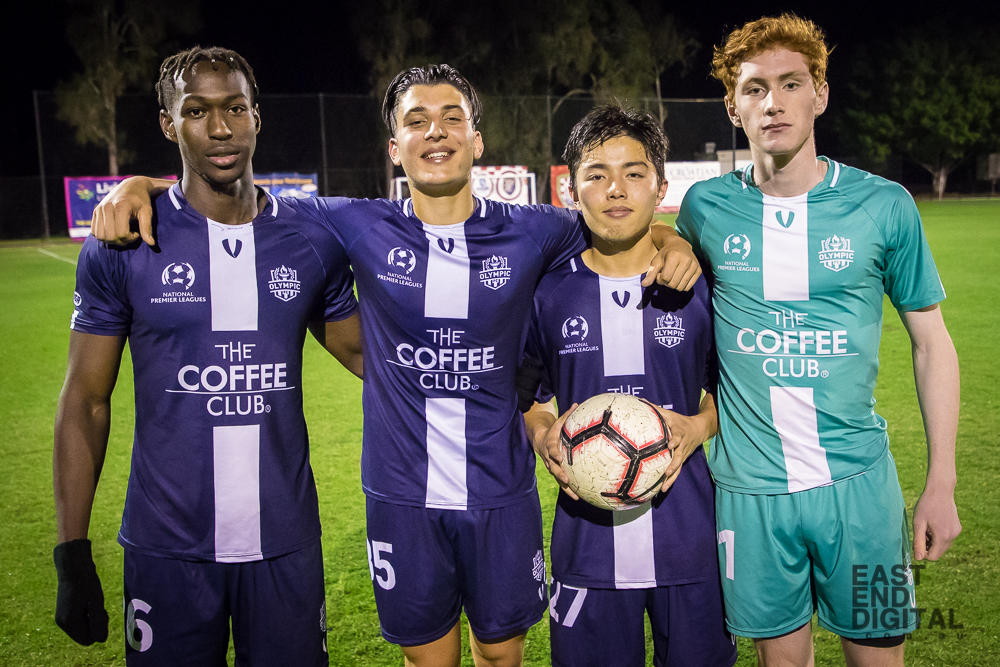 “I’m very proud of the young boys,” he said.

“They’ve showcased themselves and represented the club well tonight, which will help them with their careers.

“The club’s future – and our training environment, in the short term – will benefit from the young boys having three or four weeks of first team experience, especially after competing against ex-A-League players such as Mitch Nichols and Matt Smith from Knights.”