Olympic FC Head Coach Ben Cahn said there were plenty of positives to take away from his sides first up 7-2 pre-season victory over Sunshine Coast Fire at Kawana Western Precinct on Sunday evening.

Olaide-Yinka Kehinde marked his first appearance for the club with a brace while Prasiddha Paudyal, Kristen Waters, Jez Lofthouse, Jack Glover all got their names on the scoresheet as Olympic ran out comprehensive winners against the FQPL outfit.

17-year-old Paudyal opened the scoring in the sixth minute, combining with Waters before placing a delicate finish into the back of the net.

Waters then got in on the act himself just three minutes later, blasting a clinical first time effort into the roof of the net from the edge of the area.

Chris Nwokeke pulled a goal back for the hosts on the stroke of half time with a poachers finish at the near post sending his side into the break with a one-goal defeicit.

Yinka-Kehinde made it three for Olympic in the 60th minute, bursting free of the Fire defence before finishing into the bottom corner from a tight angle.

Just moments later Yinka-Kehinde turned provider, squaring the ball the ball to Jez Lofthouse  who made no mistake with the goal at his mercy.

Jack Glover made it five in the 70th minute, when rose highest to head home from a Danny Driver corner kick.

Two minutes later Lofthouse returned the favour for Yinka-Kehinde, playing in the forward to complete his brace in what was his first appearance in an Olympic shirt. 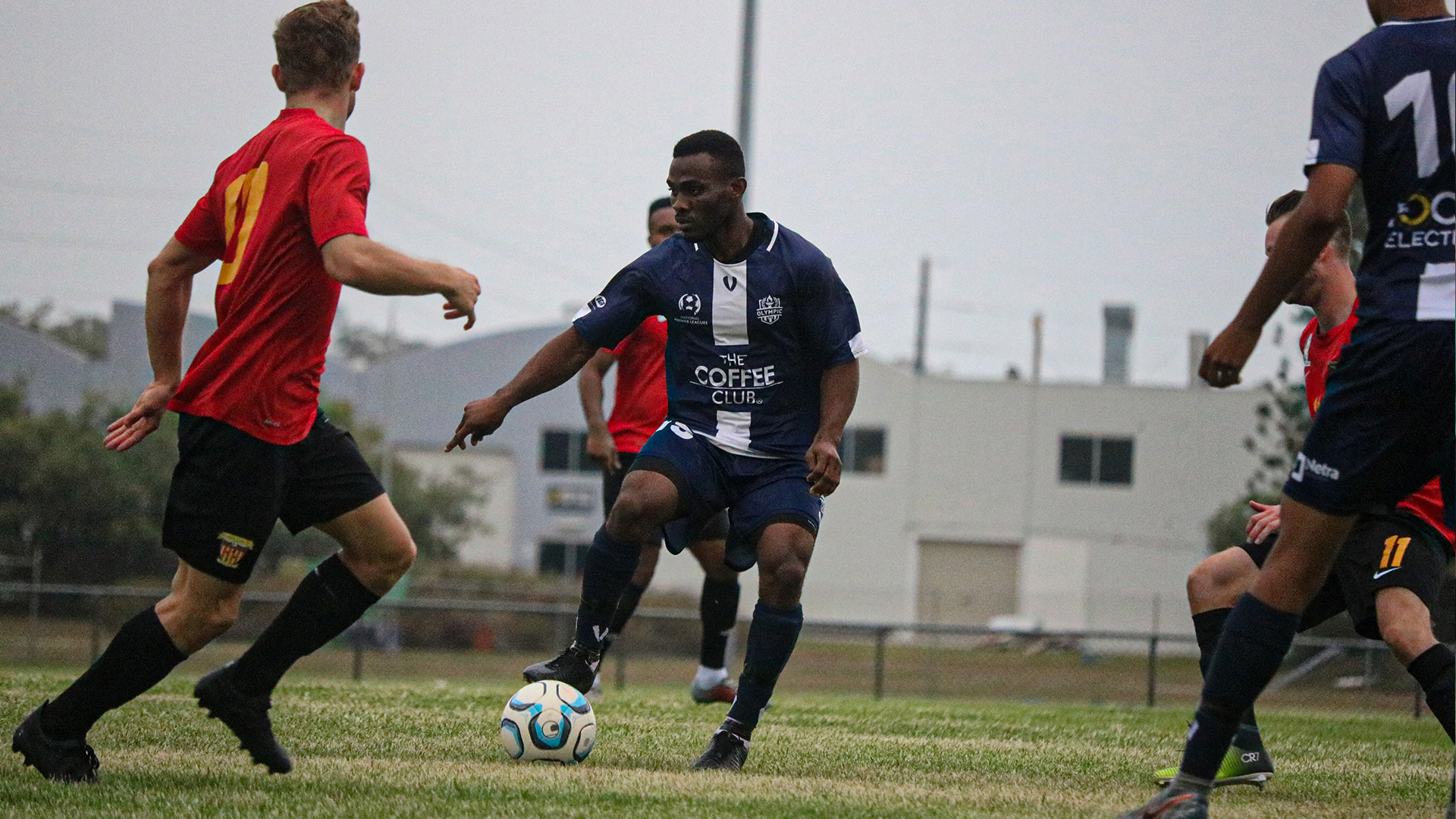 Olympic’s scoring-spree was rounded out in the 83rd minute by an own goal after a dangerous run and shot by Yinka-Kehinde was turned into the back of the net by a Fire defender.

Josh Sellwood scored a consolation for the hosts from the penalty spot in the 87th minute with the match finishing 7-2 in favour of Olympic.

Speaking post-match, Olympic FC Head Coach Ben Cahn said he was pleased with his sides showing in their first hit-out of 2020.

“The players have worked really hard on the training pitch, so it was pleasing to see everything we’ve been working on start to transfer into the game. Obviously being our first game, there’s still a lot to improve but there’s good signs there and the feeling is, we’re a long way ahead of where we were at this time last year.”

“The plan was to get everybody 45 minutes. Everybody got through it fine and there were some really good performances and some that maybe could have been better. The new signings are settling in well, there’s good competition for places and there’s still one or two to come back in that will make a real difference,” Cahn said.

The 20’s won 2-1 while the 18’s came away with a 2-0 victory to secure a clean-sweep for Olympic across all three matches on Sunday.