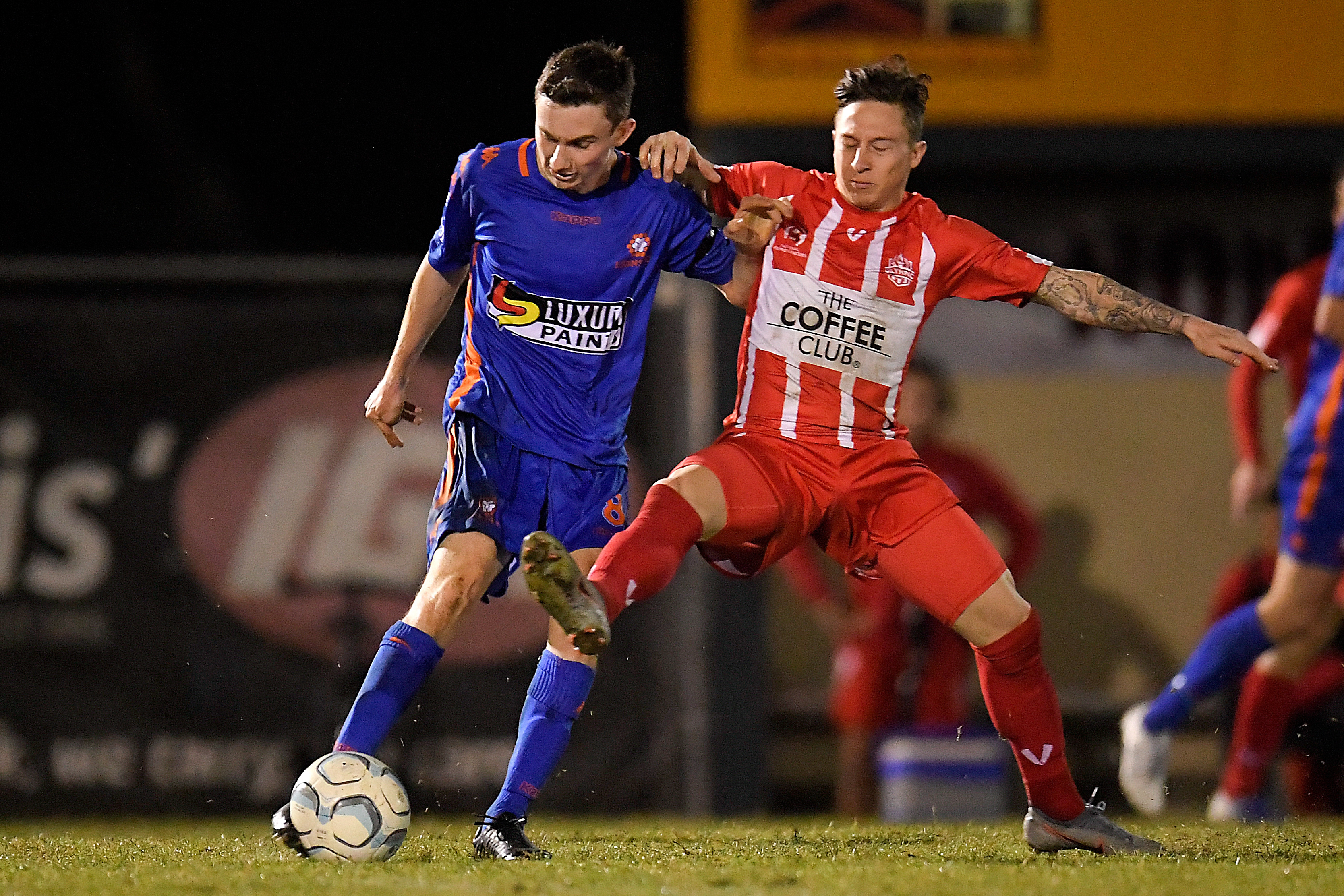 BRISBANE, AUSTRALIA - JULY 28: during the NPL Queensland Senior Mens Round 25 match between Olympic FC and Lions FC at Goodwin Park on July 28, 2019 in Brisbane, Australia. (Photo by Patrick Kearney)

Olympic FC suffered a 2-0 defeat to Lions FC in round twenty-five of the NPL Queensland at Goodwin Park on Sunday.

The opening periods of the game were cagey – neither side giving any chances to the opposition.

This deadlock was broken by Lions in the 21st minute; Mitchell Hore breaking down the right flank before finishing around an out-his-box Brandon Cuminao.

The game began opening up for Olympic, the hosts creating several chances before the half’s end. 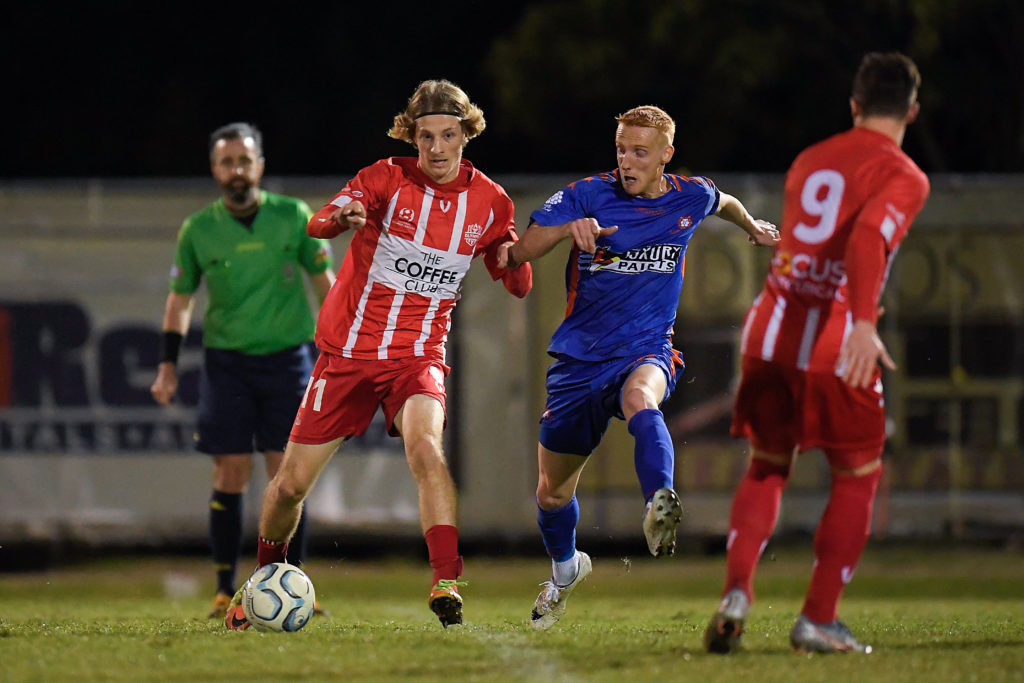 Both Jez Lofthouse and Chris Lucas managed shots on goal, but were unable to beat the Lions defence.

Olympic came into the second half strong, although it was the visitors who (against the run of play) were able to net the next goal; Henry Hore getting on the end of a cross from Mitchell Hore to finish at the near post.

The visitors – thanks in part to extended periods of time-wasting – were able to hold off the hosts for the remainder of the game, claiming a tough-fought victory. 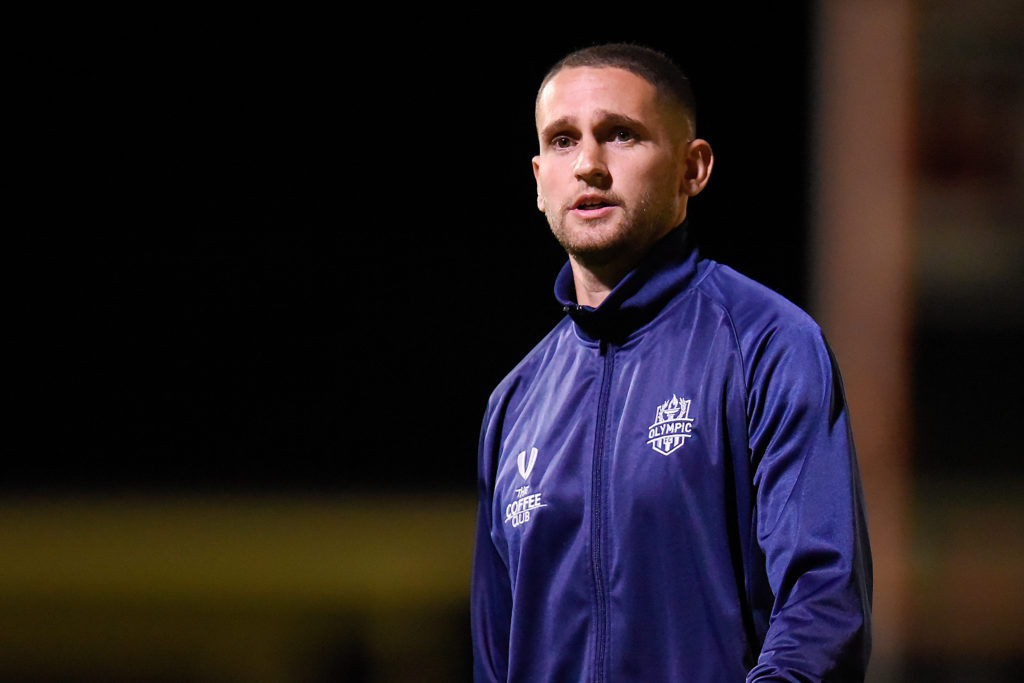 “As much as I dislike how they approached the game, they probably won the league today, so credit where credit’s due,” he said.

“Warren Moon’s a good coach, and he exposed a weakness of ours for the first goal tonight. Him and his team fully deserve their success.

“There’s a pattern starting to emerge though. It’s now the fourth game in a row against them where I feel we’ve been the better side, and if the rules of the game had been applied correctly in each of those, we would have won.

“Despite all their gamesmanship, we had three penalties that should have been given – the two handballs and the push on Chris Lucas – and a perfectly good goal disallowed.

“It leaves an incredibly sour taste, but we’ll learn, improve, and make sure we’re ready for finals and the FFA Cup Round of 16.” 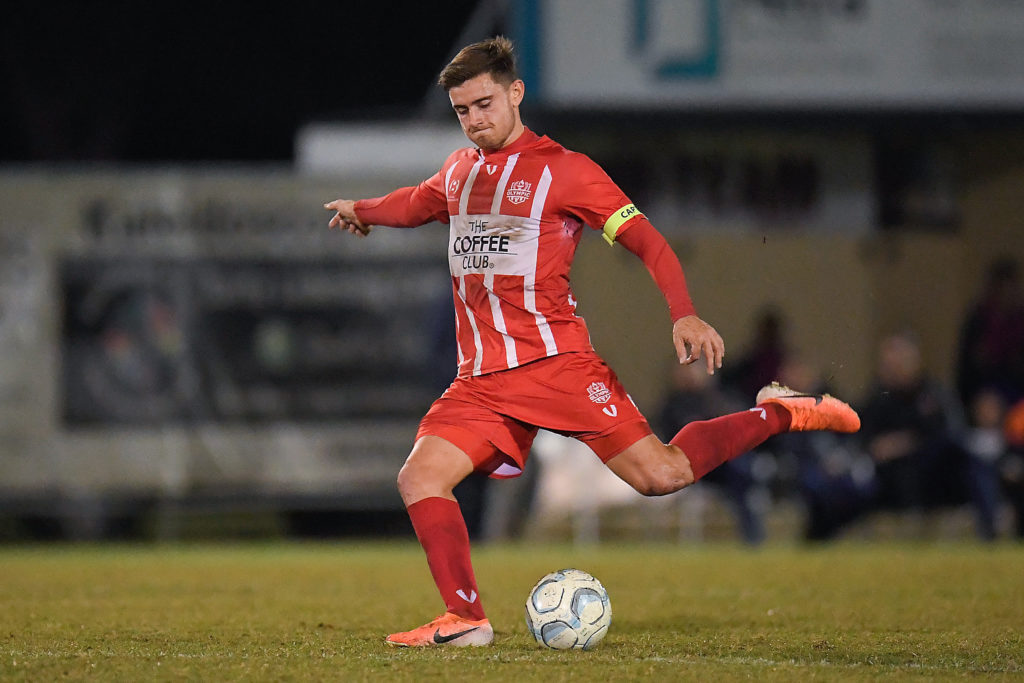 “Having three games in one week was massive. It’s been a draining week but we’ve got a chance to refresh and refocus now,” he said.

“We’re very disappointed with the lack of support from Football Queensland.

“The two games in four days – including flights – left us very flat leading in to this game. [Lions] having 14 or 15 days’ rest showed through that difference in energy they had early in the game.

“But, I’d rather be there competing in the deep stages of all competitions, and pushing ourselves on the national stage – and into finals football – so we have to accept it’s going to stretch our resources”

Olympic now travel to Heath Park to take on Eastern Suburbs in round twenty-six of the NPL Queensland this Saturday.