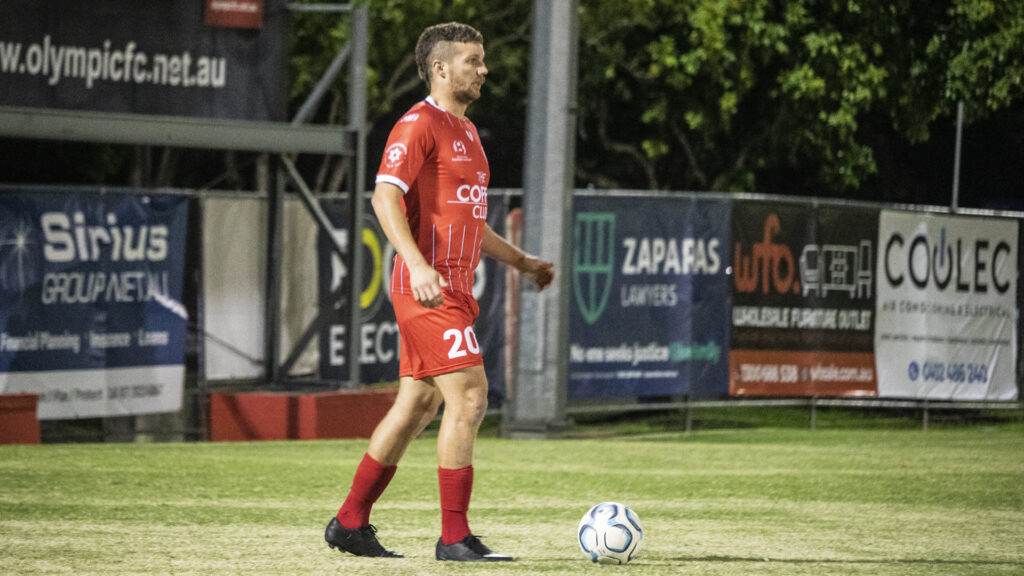 Sewell signs on in red and white

Olympic Football Club have bolstered their defensive stocks with the addition of versatile defender Corey Sewell ahead of Saturday’s NPL Queensland re-start.

Sewell returns to his home state from defending NPL Victoria Champions Bentleigh Greens after their season was ended as a result of ongoing COVID-19 pandemic.

The 23-year-old appeared three times for the Greens in the early stages of the 2020 season and was part of the side the won the FV Community Shield in February.

Prior to joining Bentleigh, Sewell played for former NSL Powerhouse, Melbourne Knights as well as Bulleen Lions during his time in the Victorian top flight.

Sewell, who spent time as a junior at Olympic returns for a second stint in the NPL Queensland having previously played for Redlands as well as Eastern Suburbs in the Brisbane Premier League.

The defender has already appeared in a pair of pre-season hit outs against Surfers Paradise and Mitchelton for Olympic, scoring in a 4-2 win against the latter.

Sewell, who is available for selection for Saturday’s season re-start at Capalaba said he couldn’t wait to get going in red and white.

“It was a no brainer to sign for Olympic, they’re a very successful side and have been in the Grand Final the past two years in a row, the fans are great and Ben (Cahn) is a brilliant Coach. I’m really excited to be involved.”

“Everything about the club stood out, the players, the coach, the culture. I’ve been here before as a junior and really enjoyed it so it was easy decision to come back.

“Obviously, as a defender I want to play my part in helping as many clean sheets as possible, and help the the team to a successful season,” Sewell said.