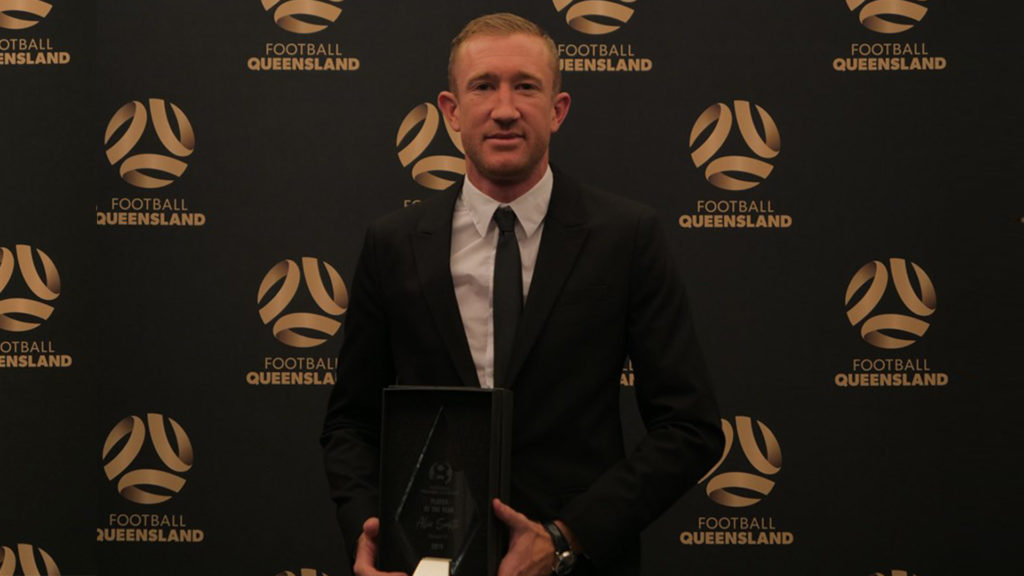 Smith was also named in the league’s Team of the Season alongside team-mates Chris Lucas and Jez Lofthouse.

Upon being presented with the award Smith paid tribute to all those who made his time at Olympic such a success.

“First of all I’d like to thank our physio Andy Shaw, he helped me through pretty much five months of the season with no ACL, so I need to make sure I thank him before anything,” Smith said.

“Secondly, the Club – from the moment I showed up, it was top shelf and I actually fell in love with the game again which was really important to me in my life, so thank you to Olympic.

“Ben Cahn, he provided a great environment for me to enjoy my last years of football. Obviously now I’ve given up, so I’m looking on to the next stage of my career which is coaching.

“Thank you to everybody at the Club, all the fans and everyone here and FQ for putting on this event, it’s much needed for the state of Queensland.”

The forward now calls time on a career that took him to the United States, Malaysia and New Zealand as well as Australia and will take up a coaching opportunity in Victoria.

Shelford Dais signs on for 2021