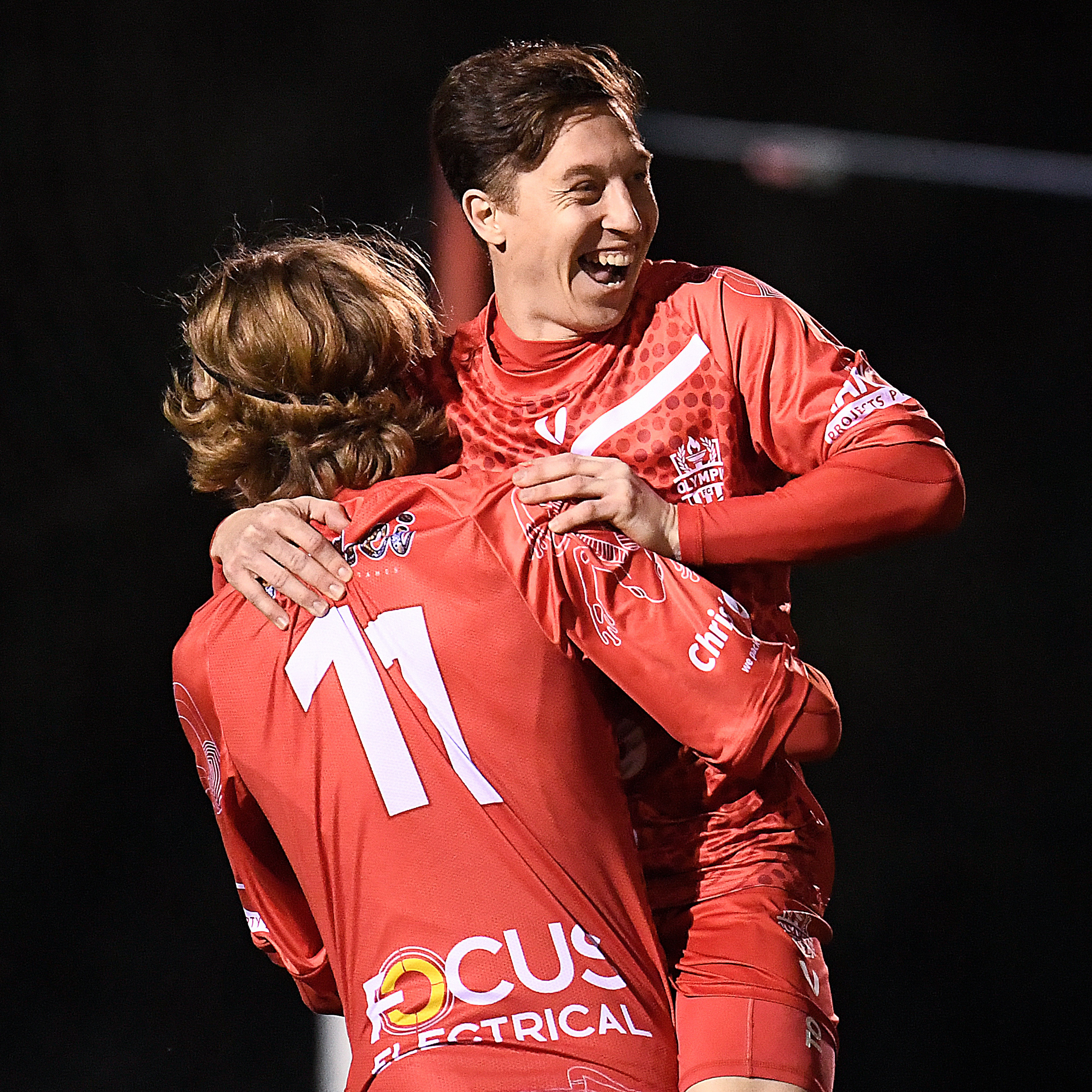 Olympic FC have pushed their winning streak to seven games in a row in the NPL Queensland, after defeating Gold Coast United 2-0 at Goodwin Park on Sunday evening.

A brace from current league top goal-scorer Chris Lucas, as well as a confidently-kept clean sheet, was enough to see out victory for the hosts.

Lucas opened the scoring in the 5th minute, Steve Whyte playing him through the Gold Coast defence with a masterfully-struck ball, before Olympic’s diminutive forward cut in on his left for an intelligently-worked goal.

The first half remained competitive, with Olympic creating the bulk of the chances.

A flurry of Olympic chances early into the second half paid off; substitute Jez Lofthouse playing the killer ball into Lucas to finish off a beautiful piece of build-up play.

Gold Coast striker Brandon Reeves forced an excellent save out of Brandon Cuminao in the 81st minute – ultimately Gold Coast’s best chance of the match.

The win sees Olympic maintain pressure on league leaders Peninsula Power – the Redcliffe-based club ahead by only four points, but with two less games in hand.

Olympic’s next match comes against Moreton Bay United in Round Twenty-Four of the NPL Queensland at Wolter Park this coming Saturday.

Leck links up with Olympic