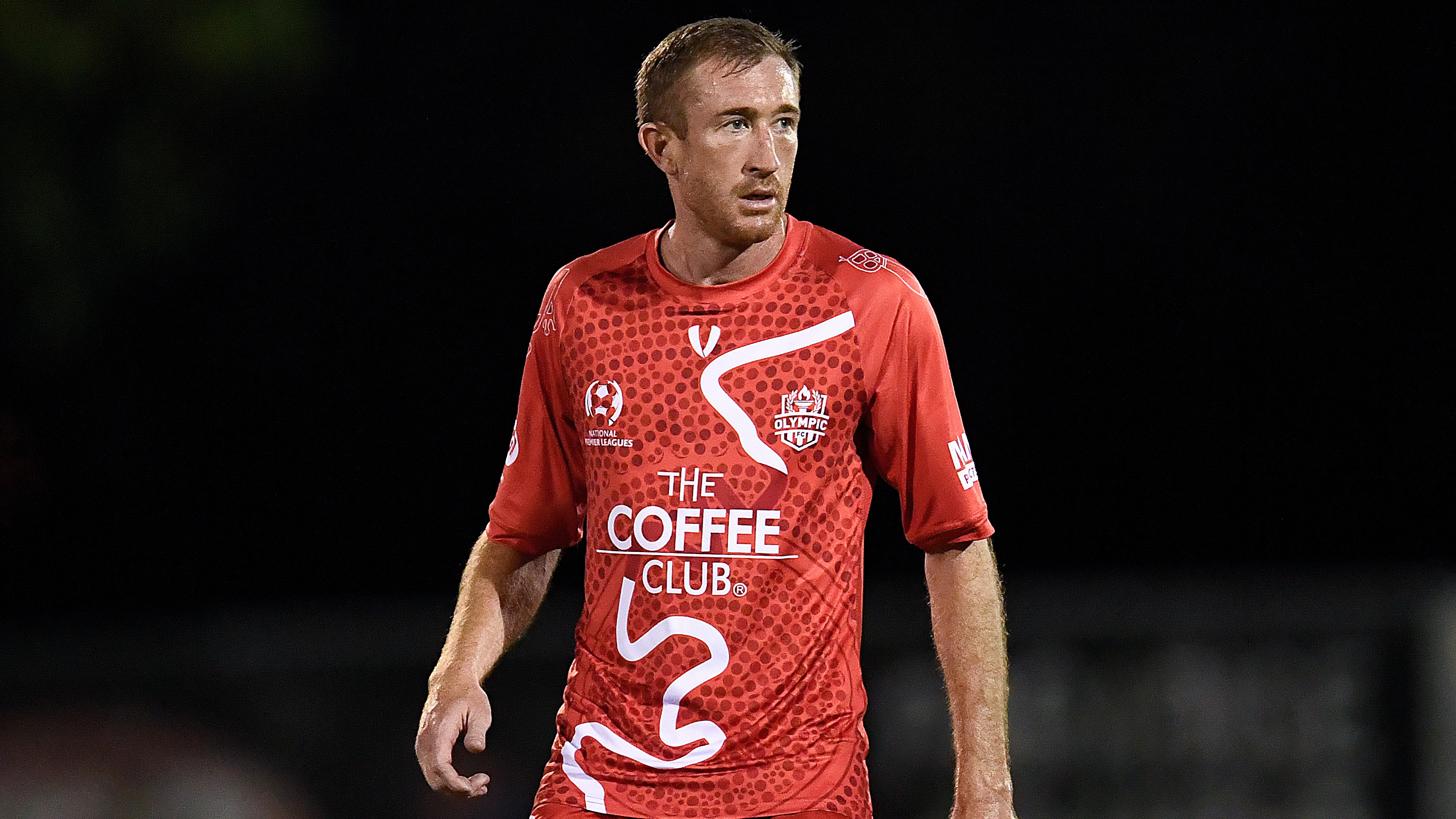 Olympic FC defeated Moreton Bay United 2-0 in round 24 of the NPL Queensland at Wolter Park on Saturday night.

Goals from Steve Whyte and Alex Smith – as well as another clean sheet – saw Olympic secure their eighth win in a row in the NPL Queensland.

It took Whyte just minutes to give the visitors the lead, curling home a beautifully-struck free kick into the top right-hand corner of the net from just outside the 18-yard box in the 6th minute.

Olympic controlled the majority of the first half, troubling Moreton Bay goalkeeper Christopher Couesnon with regularity.

This momentum carried into the second half, Olympic always looking the most likely to score next.

The breakthrough finally came in the 70th minute – Jez Lofthouse besting his defender before finding Smith in the box for a skilful turn-and-finish.

“The goals were great. Over the last two years Moreton Bay have always set up very defensively against us, and been very difficult to break down,” he said.

“Each time it’s come down to some good individual moments to get us the points.

“I thought we also created some really good opportunities that we weren’t able to convert last night.”

Olympic next face Magpies Crusaders United in Mackay, in a rescheduled iteration of their round two NPL QLD matchup.