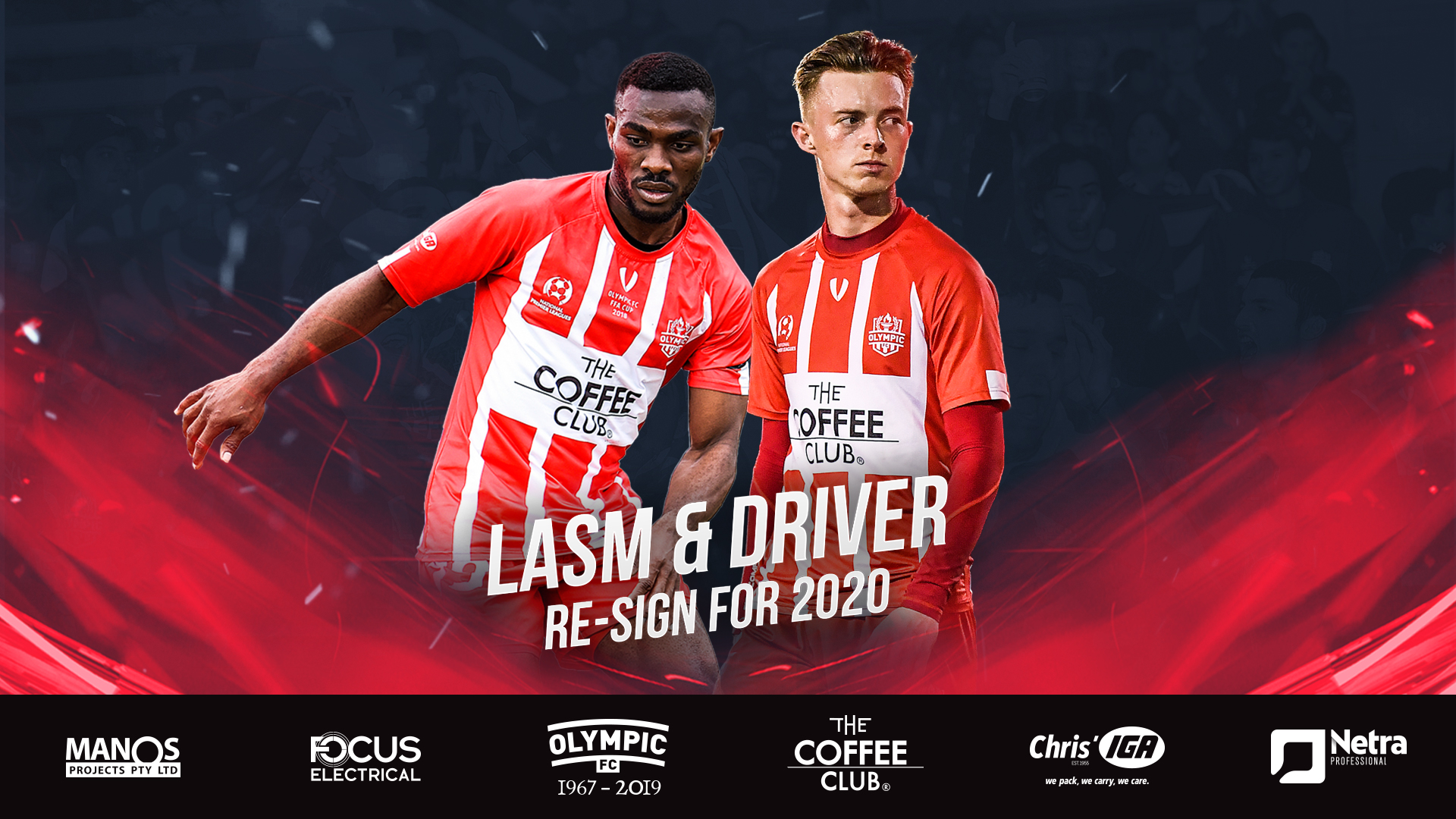 Olympic Football Club has bolstered it’s midfield stocks ahead of the 2020 NPL Queensland campaign with Danny Driver & Jean-Philippe Lasm both re-signing for the upcoming season.

Driver completed his maiden season of first team football in 2019, appearing 25 times for Olympic with the former Young Roar captain earning starts in the Club’s FFA Cup Round of 16 clash against Adelaide United and the NPL Queensland Grand Final.

The 21-year-old, who earned plaudits for his range of passing and ability in tight areas said he couldn’t wait to get going for the year ahead.

“It’s an honour to re-sign for Olympic, a club with such a good fan base and culture. I hold this club very close to my heart and can’t wait to represent Olympic in the 2020 season and build on last year,” Driver said.

“Heading into the 2020 campaign I want to build on the opportunities I had last season and start to impact games more.

“Especially with the hunger and talent we have in the squad going into 2020, I’m looking forward to what next season holds for us as a team and a club.”

Lasm signs on for a third season in red and white, the 28-year-old established himself as a regular in the Olympic midfield in 2019 and was awarded Coaches Player of the Year following a standout season in the centre of the park.

The former Surfers Paradise Apollo midfielder has appeared 48 times for Olympic developing a reputation for his tough tackling and his impressive work rate.

Stay tuned with the rest of the squad set to be revealed in the coming weeks.