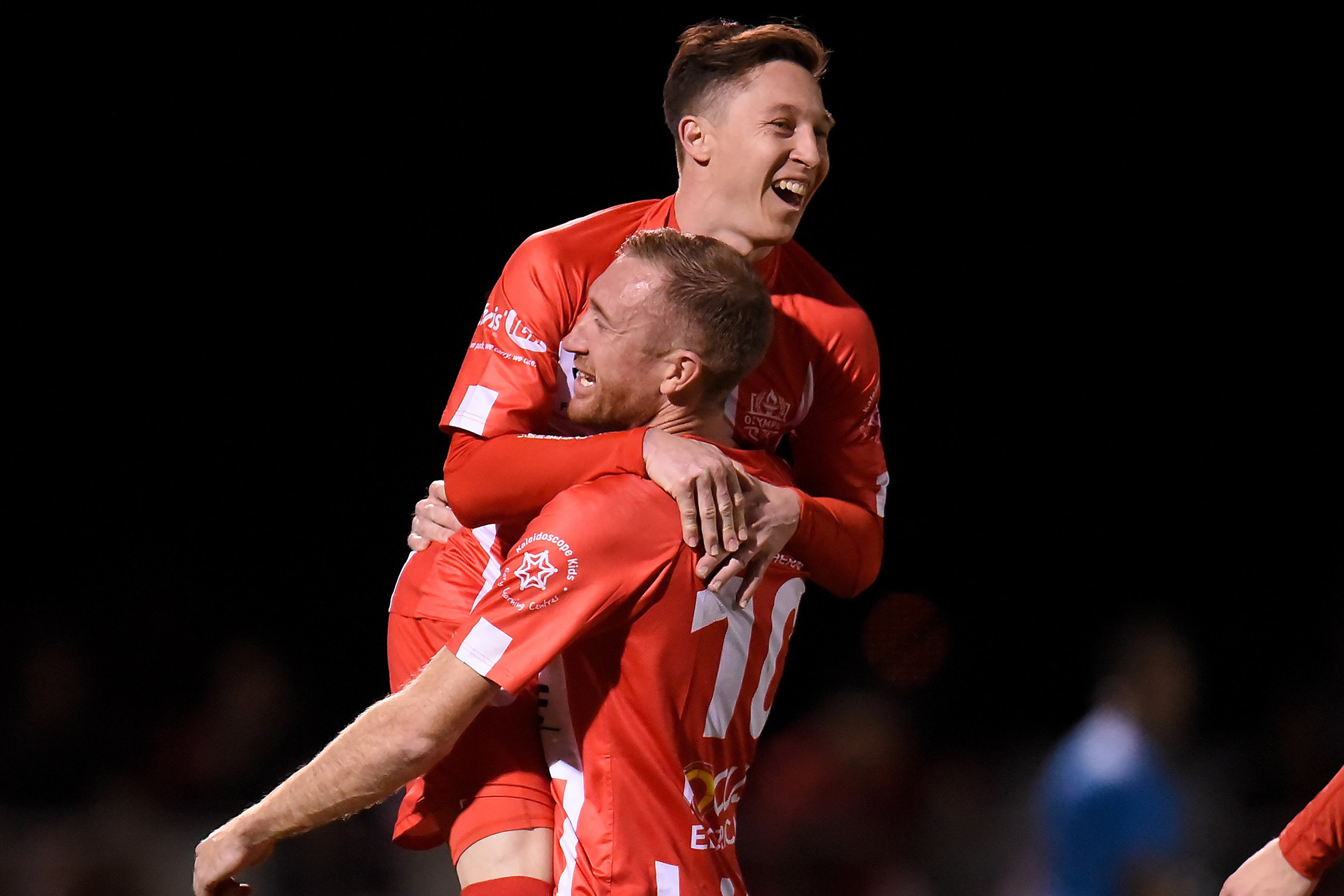 Olympic FC secured their place in the FFA Cup Round of 16 with a 5-2 victory over Bayswater City SC at Perry Park on Wednesday.

Olympic striker Chris Lucas made history in what was a goal-filled game, becoming the first ever player to score multiple hat-tricks on the FFA Cup national stage.

Lucas opened scoring in the 24th minute; played in for an easy finish by Alex Smith after the ex-Wellington Phoenix man broke through the Bayswater backline. 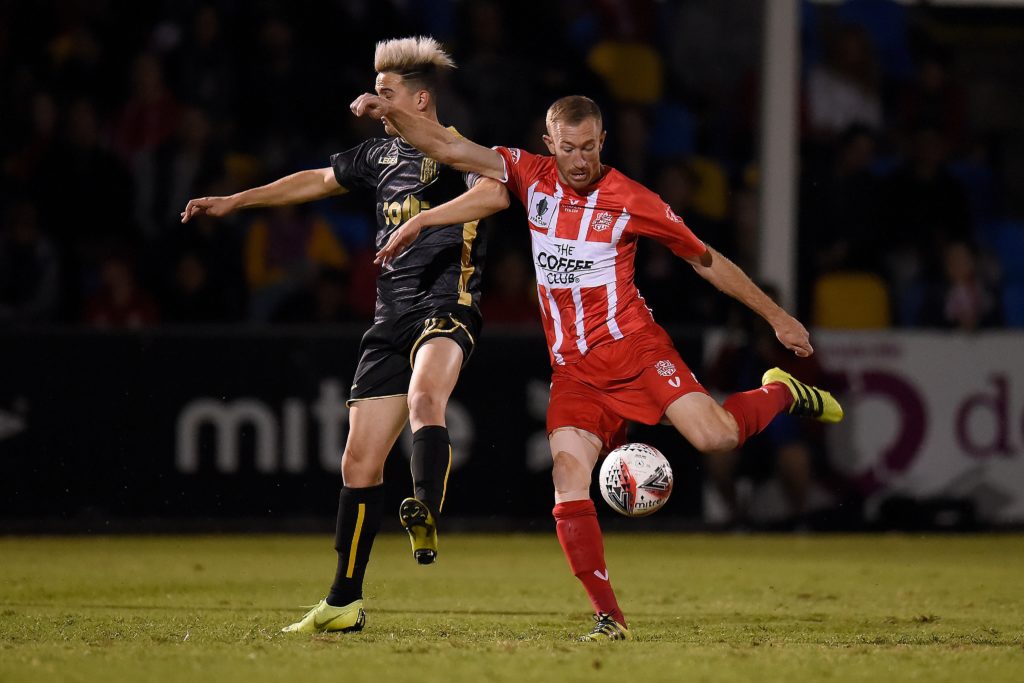 Olympic doubled their lead in the 35th minute – Smith bagging himself a goal after finishing off a beautiful counter-attack by the hosts.

Bayswater’s problems were compounded just before half-time; Olympic awarded a penalty after a cut-back from Lucas sprayed off the outstretched arm of opposing captain Trent Kay.

Lucas made no mistake from the penalty spot.

3-0 up at the half, Olympic’s dominance continued, Lucas completing his record-making hat-trick in the 56th minute. 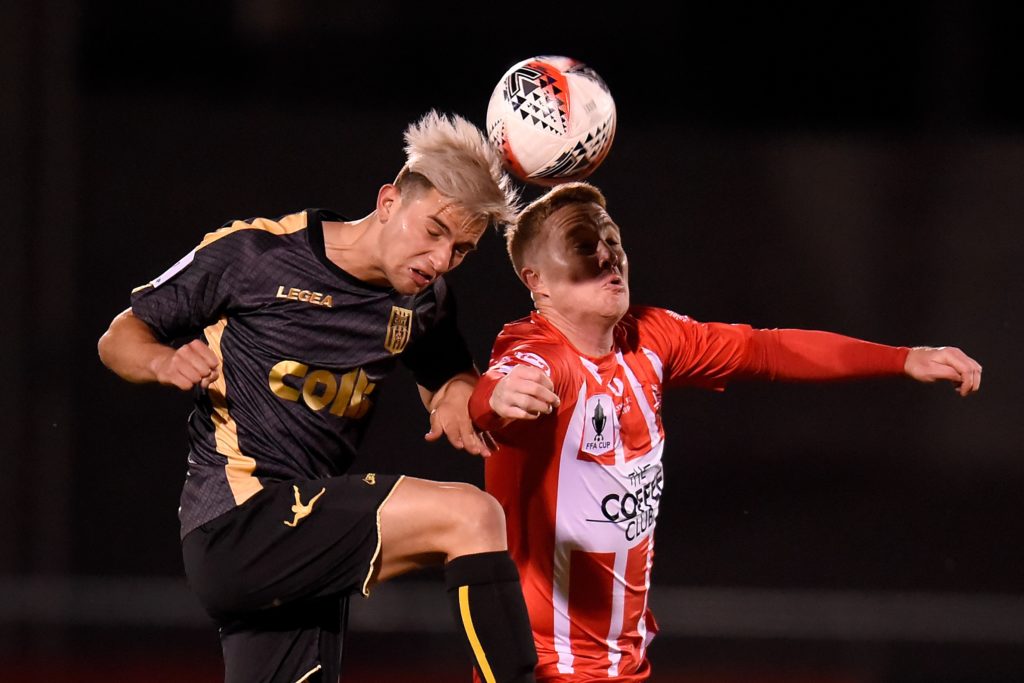 An ever-threatening Jez Lofthouse capped off the host’s scoring in the 58th minute – found on the counter-attack with a stunning through-ball from Shelford Dais.

The visitors managed to snag two consolation goals through Gordon Smith in the 60th minute, and Brent Griffiths in the 88th minute.

Speaking post-match, Olympic head coach Ben Cahn praised his side’s performance on what was a special day for the club. 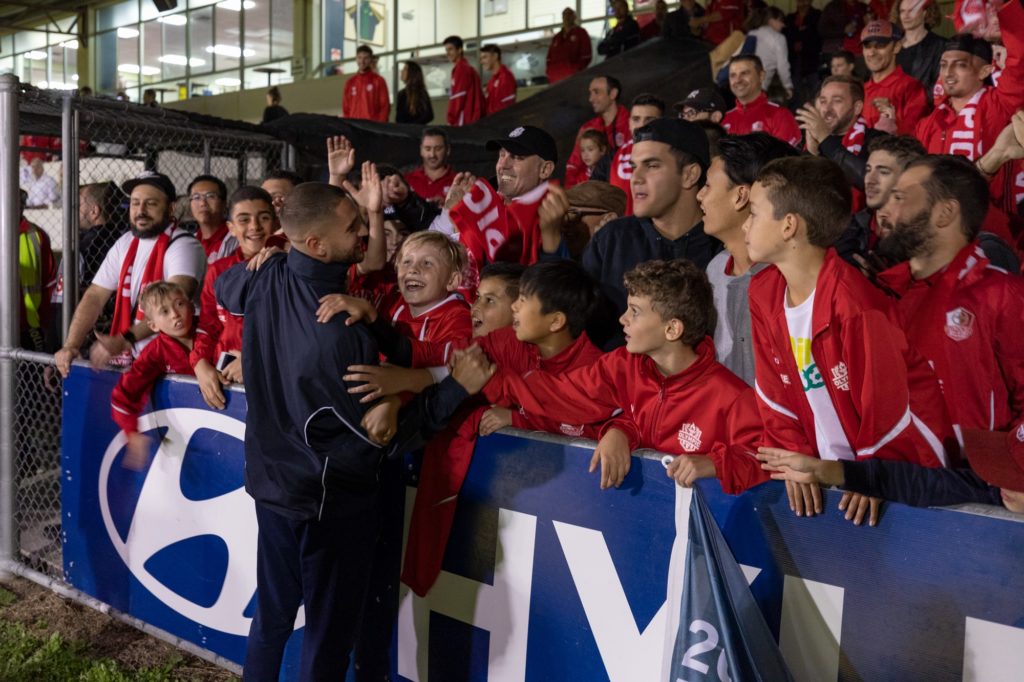 “I was very pleased with the first half,” he said.

“We wanted to show the country what we are capable of and I think we did that.

“I was slightly disappointed with the last 30 minutes; we lost a lot of control of the game. But all in all it was a great performance, and a great day for the club.”

Cahn was also full of praise for history-making striker Lucas.

“It’s not easy to consistently get into the round of 32, let alone score two hat-tricks. Hopefully he can get a few more in the round of 16.”

“He’s been great on and off the pitch for us and he’s fully deserving of his record.”

“Credit where credit’s due” – Cahn reacts to Lions match